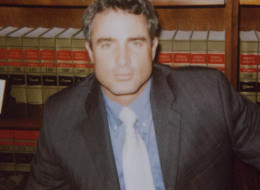 Ben Pavone told Bank of America in a letter last week that he refuses to pay off his credit card debt until the bank lowers his interest rate. And, he added, if they try to ruin his credit, he'll sue 'em.

"They've got to have some kind of obligation to not totally extort the public," said Pavone.

The San Diego, Calif. attorney is angry about two things: his interest rate, which has gone up to 27.99 percent, and his credit limit, which has gone down to just above his balance. "I'm sure I'm going to be hit with penalties," he said.

Pavone said he got "squeezed for cash" and asked Bank of America to raise his credit limit in October. The bank responded with a two-page letter. The first page declined the request; the second told him his limit would be reduced from $32,100 to $30,400. Bank of America cited "economic trends" in both decisions.

"I consider your action an anticipatory repudiation of the contract and am treating you as in breach," he wrote in a Dec. 31 letter to the bank. "I am therefore not paying the money that is currently due on January 3, 2010 out of protest."

"For the record, I have a perfect payment history and I have a nearly perfect payment record on my credit," Pavone's letter continued. "I have no doubt that you will mark my credit in light of this default, but if you do, I will sue you. I am eager to argue to a court that your interest rates are unfair within the meaning of various state and federal statutes, and anxious to point out that you 'had' to cut my credit limit from $32,000 down to $30,000 at the same time you were borrowing billions from the federal government and paid your executive bonuses in full."

The letter concludes by asking the bank to reduce his rate to 10.99 percent, after noting that it would probably cost less to reduce the rate than to have to fight the suit.
Posted by Palmoni at 8:14 PM

Thank you for this post, we are a online dating website blog network, which college students read our blog, so thanks and well post this article on our blog. college hooking up

Somebody has to stop Bank of America. But Who??

Is there any benefit in having a good credit score and credit history?

Unfortunately economy changed and it seems that now having worked hard in maintaining a good credit does not pay off any more and I am concerned of the message Bank of America is sending out to young people.

1st problem with Bank of America:

I am upside down in my condo, I owe around 149K and it is only worth 60K. Per Bank of America I do not meet the criteria for hardship so I do not qualify for a refinance program and I do not have 30K to come to the table to enter the restructure of debt program. As a matter of fact I really do not want any of those; I want a debt elimination program which of course is not available.

I have always been a good client, paying my mortgage on time or earlier, never late whether the mortgage was under Bank of America’s name or Countrywide before them.

I tried to negotiate my mortgage with them offering to split the loss in value of my condo between the two of us and informed I was willing to pay 90K for my condo (50% more than market value) if they would reduce their part (39% of the debt). In my simple mind I was thinking that if I decide to ruin my credit and walk away from the place they will have to sell it at 60K, so I thought offering 90K was a good deal for all of us, but they insist in not having loan elimination programs. How do they call it when they have to eat the gap between the debt the prior owner of the residence had and the re-sale of the property at 60? And I am not including in my calculations the expenses to maintain the place until they find a buyer. Isn’t 59K write-off better than 89K?

2nd problem with Bank of America:

I had a 27K credit limit in my credit card, accumulated points on it and paid it off every month. Once I used a Balance Transfer deal, which I also paid off on time before the promotional rate expired. I have been a credit card client since 2001. Bank of America sends me a letter offering a 0.99% interest on balance transfer which I resolve to use because I had another credit card debt which 0% was expiring at year end. I’ve been on the phone with the representatives several times asking for some details and making sure I was doing my homework, they confirmed it was better to leave the balance at zero before doing the transfer.

So, I put my account in zero and when I call to do the transfer, I was informed the account was closed because I have too much credit card debt and they did not want me to have more. I appreciate their concern on my financial business but the balance transfer was going to be used to cancel other credit card debt so my overall credit card debt was not going to increase.

It is difficult for me to understand why the decision was so shortsighted. The focus was only on one aspect of my credit and my impeccable history with them in all my accounts did not count at all. Nobody asked about my intentions on what I was doing with the transfer, nobody cared how good of a client I had been since 2001 or what sources of income I have.

As if this was not bad enough, they said the points I had on the card (which added to 23K, equivalent to 23K dollars spent on it) were forfeited. After several phone calls and customer service representatives they felt kind enough to mail me a check for $172,50 as payoff for the points. Of course it did not matter to them that I had requested to have the option to choose from the catalog instead of receiving a check, but again that was only a customer request, it really doesn’t matter to them.

Bank of America, with their actions made me the kind of client no bank wants to have. Obviously we are not in control of our own credit, others are and unfortunately not the ones who are really interested in helping you out.

i'm thinking of running dating site purely for the disabled

got one for ya... Countrywide promised to refinance my condo. When the bank took over countrywide, they fired everyone working on my loan, strung it out another three months,asked me to spend more money to fix certain things in the unit and then decided not to fund the deal... this set me back considerable, as I spent money I didn't have on hiring plumber, electrician and materials

"Many people don’t realize the results misleading effects. I knew anything you meant. It can be more efficient to give folks little opinion with info right here. I acknowledge this problem but with small clue, so we should face the theme together. With new assurance, we hope that the talent of other categories can be observed collectively. Great folks can perform with good people today, and excellent resource is important for us in analyzing the case. I’ve studied for more than 4 years to evaluate them, but the reality nevertheless cannot be found out. So as to do that, we ought to cope with the adjustments of management assets. With so several sources here, we can produce new ideas for fixing to trouble. Let us give viewpoint, why don't we talk about them, we can acquire charge with our sources. The last 1 but not least, I assist your analyzes to confront new a person. With many resources that we will gather, all of them could be handled well."