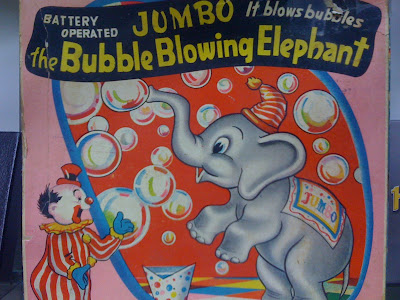 After the equity markets move between 60-80% in Bill Gross' face, and he misses the entire move, all the while saying we will have 5% annual returns in stocks--What do you do?

Well you could call it a bubble. After all, you called it a sugar high, a brick wall, the escape velocity, and now you call it "Sugar Dady!" Pimp it Bill!

You try again! Call it a bubble. In fact, I'll send you the bubble blowing machine! Put it next to the picture of Bernard Baruch, and stare at it, when you're on your head doing yoga, which helps make you think!But its not that what Bill is saying isn't true. He's right, but its just not actionable in the stock market! Which is the frustration of those with the bearish bent. And at least he brings in Robert Palmer. Here's part of his latest missive.

Question: What has become of the American nation? Conceived with the vision of liberty and justice for all, we have descended in the clutches of corporate and other special interests to a second world state defined by K Street instead of Independence Square. Our government doesn’t work anymore, or perhaps more accurately, when it does, it works for special interests and not the American people. Washington consistently stoops to legislate 10,000-page perversions of healthcare, regulatory reform, defense, and budgetary mandates overflowing with earmarks that serve a monied minority as opposed to an all-too-silent majority. You don’t have to be Don Quixote to believe that legislators – and Presidents – often do not work for the benefit of their constituents: A recent NBC News/Wall Street Journal poll reported that over 65% of Americans trust their government to do the right thing “only some of the time” and a stunning 19% said “never.” What most politicians apparently are working for is to perpetuate their power – first via district gerrymandering, and then second by around-the-clock campaigning financed by special interest groups. If, by chance, they’re ever voted out of office, they have a home just down the street – at K Street – with six-figure incomes as a starting wage.

(I love his populist bent. Especially after he spends $23 million for a teardown!)

Explaining the current state of global fiscal affairs is often confusing – it’s much like Robert Palmer’s 1980s classic song where he laments that “She’s so fine, there’s no telling where the money went!”
(whoops--not quite one of the Palmer girls) 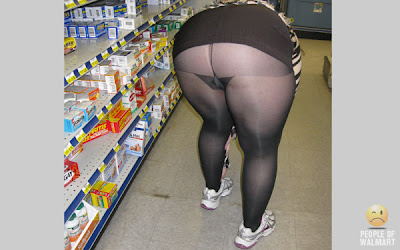 Where government spending has gone is not always clear, but one thing is certain: public debt is soaring and most of it has come from G7 countries intent on stimulating their respective economies. Over the past two years their sovereign debt has climbed by roughly 20% of respective GDPs, yet that is not the full story. Some of governments’ mystery money showed up in sovereign budgets funded by debt sold to investors, but more of it showed up on central bank balance sheets as a result of check writing that required no money at all. The latter was 2009’s global innovation known as “quantitative easing,” where central banks and fiscal agents bought Treasuries, Gilts, and Euroland corporate “covered” bonds approaching two trillion dollars. It was the least understood, most surreptitious government bailout of all, far exceeding the U.S. TARP in magnitude. In the process, as shown in Chart 1, the Fed and the Bank of England (BOE) alone expanded their balance sheets (bought and guaranteed bonds) up to depressionary 1930s levels of nearly 20% of GDP. Theoretically, this could go on for some time, but the check writing is ultimately inflationary and central bankers don’t like to get saddled with collateral such as 30-year mortgages that reduce their maneuverability and represent potential maturity mismatches if interest rates go up. So if something can’t keep going, it stops – to paraphrase Herbert Stein – and 2010 will likely witness an attempted exit by the Fed at the end of March, and perhaps even the BOE later in the year. 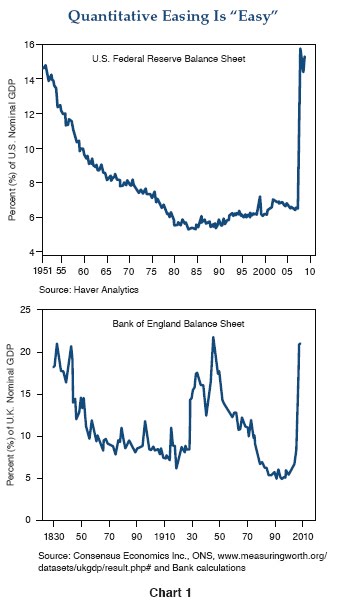 Here’s the problem that the U.S. Fed’s “exit” poses in simple English: Our fiscal 2009 deficit totaled nearly 12% of GDP and required over $1.5 trillion of new debt to finance it. The Chinese bought a little ($100 billion) of that, other sovereign wealth funds bought some more, but as shown in Chart 2, foreign investors as a group bought only 20% of the total – perhaps $300 billion or so. The balance over the past 12 months was substantially purchased by the Federal Reserve. Of course they purchased more 30-year Agency mortgages than Treasuries, but PIMCO and others sold them those mortgages and bought – you guessed it – Treasuries with the proceeds. The conclusion of this fairytale is that the government got to run up a 1.5 trillion dollar deficit, didn’t have to sell much of it to private investors, and lived happily ever – ever – well, not ever after, but certainly in 2009. Now, however, the Fed tells us that they’re “fed up,” or that they think the economy is strong enough for them to gracefully “exit,” or that they’re confident that private investors are capable of absorbing the balance. Not likely. Various studies by the IMF, the Fed itself, and one in particular by Thomas Laubach, a former Fed economist, suggest that increases in budget deficits ultimately have interest rate consequences and that those countries with the highest current and projected deficits as a percentage of GDP will suffer the highest increases – perhaps as much as 25 basis points per 1% increase in projected deficits five years forward. If that calculation is anywhere close to reality, investors can guesstimate the potential consequences by using impartial IMF projections for major G7 country deficits as shown in Chart 3. 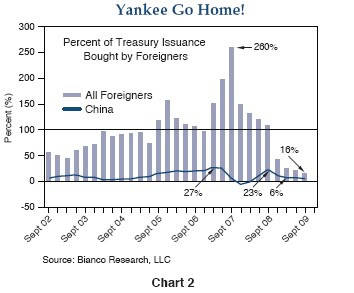 Additionally, if exit strategies proceed as planned, all U.S. and U.K. asset markets may suffer from the absence of the near $2 trillion of government checks written in 2009. It seems no coincidence that stocks, high yield bonds, and other risk assets have thrived since early March, just as this “juice” was being squeezed into financial markets. If so, then most “carry” trades in credit, duration, and currency space may be at risk in the first half of 2010 as the markets readjust to the absence of their “sugar daddy.” There’s no tellin’ where the money went? Not exactly, but it’s left a suspicious trail. Market returns may not be “so fine” in 2010.

At least he brings out the girls. But if you wanted somemusic to make you money, you had to go elsewhere. Like here, in March, with Pink Floyd. Or Elvis. To go with this steamroller over the shorts in March! Or Elvis here, to buy the casino names under $3!

Or Avril Lavigne--Nobody's Home and Nobody's Fool--here! Back in April! I'll just put part of the content of just that last post:

And that's the difference. Why didn't Bill tell us to buy? Did you see his latest post? It said this:

It seems no coincidence that stocks, high yield bonds, and other risk assets have thrived since early March, just as this “juice” was being squeezed into financial markets.

Wow! He sees it now! After it happened! Give him a gold star! Why after the fact? Why not before it happens? If it was so obvious?

Probably because he can't! Because Bill Gross seems to have a different vision of Bernard Baruch than I do. Because the Bernard Baruch I read about invested with faith!

Here's what he said on May 4, just a few weeks after my music songs imploring, and begging people to buy. Look at Bill's Bernard. Sacred and fearful. Almost a crybaby!

A photograph of Bernard Baruch looms ominously on the far corner of my PIMCO office wall...It was Baruch who almost schizophrenically cautioned investors during the stock market's speculative blow-off in the late 20s that “two plus two equals four and no one has ever invented a way of getting something for nothing.”

I stare into Baruch's eyes almost every day – not that we are simpatico or kindred spirits of any sort – but when I do, it's as if I can hear him almost whispering to me over the portals of time: “Two plus two,” he commands, “two plus two, two plus two.”

Our task is to identify secular transitions and to preserve and protect capital if indeed it is threatened. Now appears to be one of those moments.

(One of those moments? It was the greatest buying opportunity in your generation!)

Do not be deceived by the euphoric sightings of “green shoots” and the claims for new bull markets in a multitude of asset classes.... Mohamed El-Erian's and PIMCO's “new normal” should trump green shoot exuberance for years to come.
How did that advice work out? Who was deceived? How about just once, admitting that you blew it!

But then agin, PIMCO has their own version of events.

Remember their Holiday card?  The secret is "dog years!" 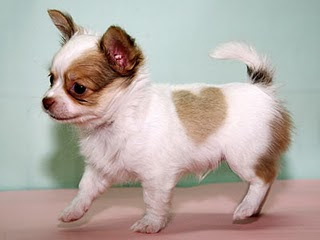