Bernanke and the Swiss give the same story---Slow down! 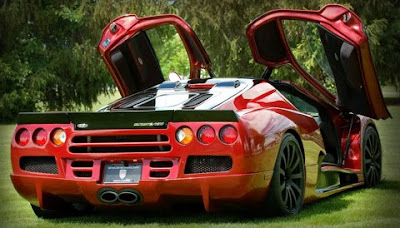 A speeder, going 85 in a 50 mile zone, and a repeat offender, was fined $290,000 by Judges at the cantonal court in St. Gallen, in eastern Switzerland, because he had a net worth in excess of $20 million!!

Today we heard this from the Fed:

In an accompanying Supervision and Regulation letter to Reserve Bank heads of supervision, the Federal Reserve noted that although the advisory is targeted at depository institutions, the advice provided is also directly pertinent to bank holding companies. Bank holding companies are reminded of supervisory expectations that they should manage and control aggregate risk exposures, including interest rate risk, on a consolidated basis, while recognizing legal distinctions and possible obstacles to cash movements among subsidiaries.

In addition to the Fed, the financial regulators include the Federal Deposit Insurance Corporation, the National Credit Union Administration, the Office of the Comptroller of the Currency, the Office of Thrift Supervision, and the Federal Financial Institutions Examination Council State Liaison Committee.
------------

Notice how "no interest rate hikes until 2012" bank holding company, Goldman Sachs was also included in this circular.  Tomorrow morning we get the Unemployment numbers, and I don't buy the estimates of 100,000 job losses. I think we'll print a positive number--+88,000, since I was at 44,000. I'll play Wall Street. I'll up the target, as we get closer to the number!


And interest rates? If you haven't sold your bonds and Government paper by now, you can always blame Goldman for keeping you in.

so if the market blows up tomorrow...stocks flying high...does it mean that Gold is doomed?

or am i not looking at this correctly.

No gold is just another asset class