Barron's trots out the Levy forecast of gloom 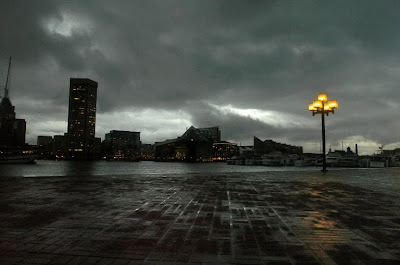 It came out a couple weeks ago, so Barron's decided to ring in the New Year's with Levy's "the new abnormal" forecast of present and further gloom and glum. To wit, here is the Barron's spin of Levy 12:22:

And what follows are some of the reasons why they're inclined to a less-than-exuberant outlook.

Consumer price inflation, they believe, will fade away, punctuated by periods of deflation. Unemployment will be chronically high, averaging at least 8% of the labor force. Working stiffs can expect dwindling pay raises, if any at all.

The price of real estate, corporate equities, risky debt instruments, tangible business assets, trademarks, patents, art, antiquities and the like will bounce around, but wind up a good cut lower than they are today.

We're in for greater swings in the economy; expansions will tend to be shorter, recessions more disruptive.

The Levys also foresee more deterioration in international relations, as politicians around the world struggle to stay in power in the face of severe public dissatisfaction with the economy.

Or you could have the Earth Times version, from another erstwhile organization:
As Reagan would say, "There you go again."

So why highlight the forecast?

Because it does a pretty good job of forecasting what won't happen!

So why does this lousy forecast get so much press? Because it's lousy!!

Three weeks after the market bottomed, (and also coincidentally when Doug Kass went from bullish to being bearish-maybe he's a reader!!) on March 31, when it was painfully obvious to anyone that we had bottomed, and the market was going higher, Levy touted this forecast that wouldn't make you a dime! Then, as in now, he was in the disbeliever camp. 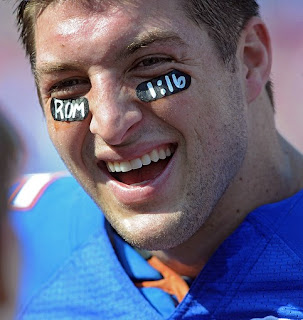 Maybe they need some Tebow eye-black!

"The economy is unlikely to turn up before the end of this year, if then, and its prospects for a recovery, once one is under way, remain seriously limited."

Levy cautions investors to be wary of signs of economic recovery, as various pieces of the economy are likely to bounce around quarter-to-quarter. Even as some “profit sources” are slowing, others are accelerating, says Levy. The overall trend in profits will be down for all of 2009 and likely well beyond.