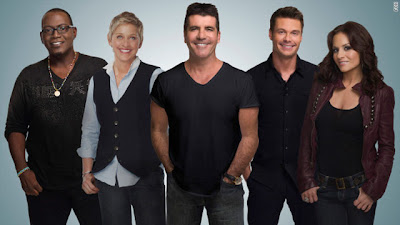 This is his last year.

He's going to bring Paula Abdul in as a judge on his new gig "The X Factor" which will start in the fall of 2011.

But come on--who really wants to listen to Ellen as a judge?

The demographics on American Idol are young kids, and the more mature age crowd.

Does anybody really think that Ellen can replace Paula on her meds? And who is she going to flirt with? Karen?

There is no chance of that!

And Simon is smart enough to know that.

After all, he's giving up $36 million a year on "American Idol."

Here's the Paula versus Ellen match. 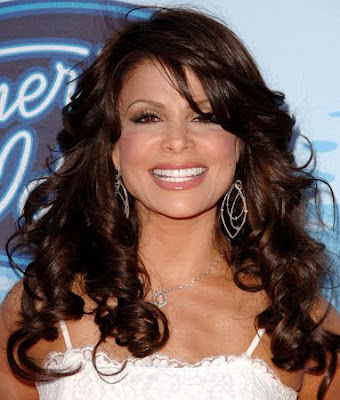 
Singing skills
Paula: She’s a studio creation, pure and simple, and Miss Lip Synch live.
Ellen: She doesn’t even pretend to have any real vocal ability.

Dancing skills:
Paula: She can still bust a move, even after major back problems
Ellen: She gets points for trying.

Relations with Simon
Paula: Early flirtations morphed into sibling-style affection.
Ellen: Too early to say but flirtations are highly unlikely.