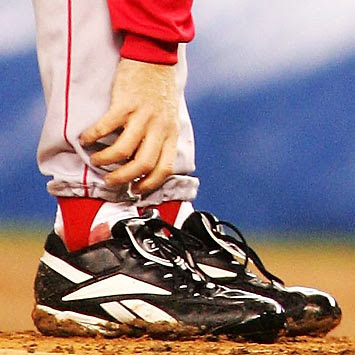 How out of touch is she?

A startled silence hung in the air. Mr. Schilling famously vanquished the Yankees in a 2004 playoff game in which he appeared to bleed into his sock.

“The Red Sox great pitcher of the bloody sock?”


By Curt Schilling
But never, and I mean never, could anyone ever make the mistake of calling me a Yankee fan. Well, check that, if you didn’t know what the hell is going on in your own state maybe you could….
Posted by Palmoni at 6:03 PM

Hey there! I simply wish to give you a huge thumbs up for your great info you have right here on this post.
I am returning to your web site for more soon.