When Google Energy LLC applied to the FERC, this was on their application:

In addition to engaging in sales of electricity that are unregulated by the commission, applicant proposes to act as a power marketer, purchasing electricity and reselling it to wholesale customers.

Instead GOOG is saying they are green:

"Google is interested in procuring more renewable energy as part of our carbon neutrality commitment, and the ability to buy and sell energy on the wholesale market could give us more flexibility in doing so. We made this filing so we can have more flexibility in procuring power for Google’s own operations, including our data centers. The FERC authority would improve our ability to hedge our purchases of energy and incorporate renewables into our energy portfolio." 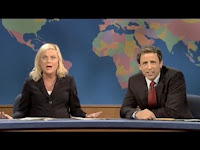 Rich Miller, editor of Data Center Knowledge, an online publication that tracks the data center industry, says he has identified about 24 Google data centers. He says it is common for large centers run by Internet companies to consume 30 to 50 megawatts of energy capacity.

Google's largest data centers could use even more. A data center consuming 10 megawatts is about what a subdivision of single-family homes consumes. Based on an estimate of 24 large data centers, Google's energy need would be roughly equivalent to the output of two large conventional power plants.

(Now is GOOG always truthful? Hardly. More from the WSJ:)

Google has a long history of downplaying forays into new areas, only to later surprise competitors with new products and services.

When the company announced its mobile operating system, Android, in 2007, it tried to dampen speculation that it would build a Google-branded cellphone, calling the announcement "more ambitious than any single Google phone." This week it began selling a phone which it designed, called Nexus One.

In 2008, the company made an unsuccessful bid for wireless spectrum, fueling speculation that it would start selling phone services to consumers. Google didn't elaborate on what it planned to do with the spectrum, but said it entered the auction to force the winner to open up it to a range of devices. Since then, the company has begun to offer different types of phone service, including Google Voice, an Internet-based call-routing service.
Posted by Palmoni at 8:22 AM