Goldman on Gold and Black Gold 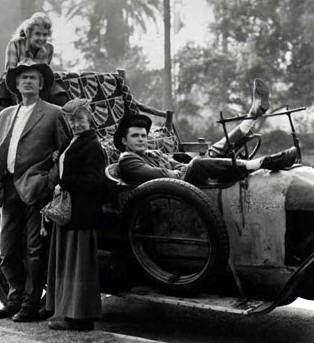 Goldman finally brings up some points the gold world has known for years.

But then they come up with a new thesis. Commodities aren't an effective hedge against unexpected inflation.

How stupid is that?

ABX was one of the largest hedgers of gold. Why wouldn't Goldman then, use their thesis a non-hedger like Goldcorp? And see that correlation? 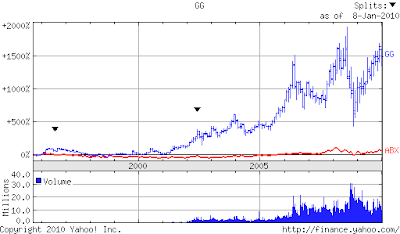 Because then their thesis wouldn't work!

If you wanted a truthful dissertation of the gold market and ABX, and their blown up hedge book, you could get it here.

When Goldman was pimping oil and selling swaps to the airlines, they were touting $200 oil. And now that money is flowing into commodities, and every other asset class, as a direct result of low interest rates, Goldman wants to keep a lid on pricing.

Then Goldman says, if you would of bought oil on December 22, 2008 at the so-called fleeting prices--but wait--wasn't Goldman then pimping oil down to 27--you could of made money....

Oh give me a break. Goldman Sachs says oil can hit $27 a barrel, and then they trot out their spreadsheet this morning that says we will have $1.8 trillion of credit losses, and now we are just halfway through.

The dollar reversed today, and oil is ready to due the same. But you won't get any help navigating through this morass with these Investment Banks. Just ask United Airlines, who hedged their fuel costs this year with help from Goldman at $137!

Now we have oil with a 37 handle, with the ten year rate at 37 year lows, and no one is beating the drum to buy.

JPMorgan helped grease the skids by downgrading infrastructure this morning, and Deutsche Bank, that couldn't make a right call even if it hit them on the head, helped by downgrading tech. And then you had the tag team trillion from Goldman.

So what do you do with oil here?

You buy it now.

You buy it in size.

And you have one of these brokerage firms, who are so bearish on oil, sell you a swap to hedge your fuel costs, so at least then, for once they'll eat their own cooking.