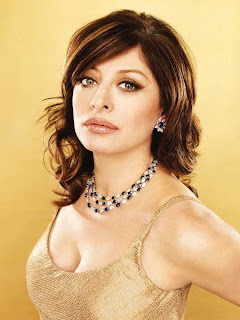 The other day, Maria Bartiromo said that "Alcoa really set the tone of the market."

But has anyone noticed how Maria is looking, shall we say "freshened up?"

So let me complement her on that. I  heard the same from more than a few of my hedge fund buddies. They wanted to send their wives to whomever she has been visiting! Now that would be a tip that really mattered!

Yesterday, Sue Herrera was talking with some guy about the emerging markets, and she said, "Are you worried that those markets will now come down, after they've gone up so much..blah blah blah."

Just to be fair and balanced.

And a bit more informed.