We attended the first annual AG Connect Farm show in Orlando, Florida. While Tuesday (12th Jan) was technically just a "preview day", ~6K people are expected to attend the show by the end of the week (about half were there on Tuesday). In summary, the tone in North America is cautiously optimistic with farmer sentiment constructive on 2010 reflecting continued health in commodity prices and lower input costs. Takeaways by company are as follows: 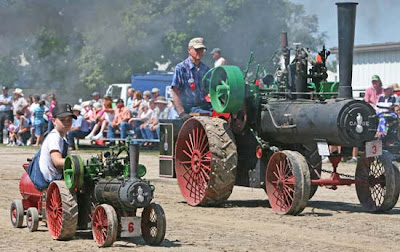 AGCO: NA inventory levels are at comfortable levels (low compared to historical downturns) and are in good shape relative to the competition. December sales were in-line with expectations (about flat with last year), albeit back-end loaded (all within the last ten days of the month). Used equipment prices have stabilized and are not expected to impede overall new equipment sales. AGCO is targeting a 2.5-3.0% price increase in NA in 2010 (comparable with 2009). AGCO also believesthe health of the dairy farmer in the U.S. will improve reflecting higher milk prices. However, expect some lag time before translating into new equipment sales.

Verdict Mixed On The Tier 4 Pre Buy. With respect to the upcoming Tier 4 emissions change, Deere, AGCO, and CNH have no "formal" pre-buy built into their 2010 forecasts. After polling several equipment manufacturers and suppliers, we found about half believe there will be a pre-buy in the second half 2010 as farmers get wind of the increased costs associated with the emissions change. The total cost is expected to add about 5-10% on the total piece of equipment. This could help support anticipated price increases from the OE's.