The Taylor rule and NAIRU 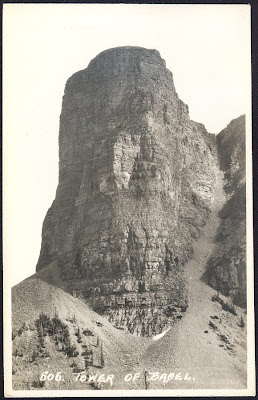 I was driving yesterday, and flipping thru the Sirius channels looking for a game, when I heard this guy on Bloomberg talking about NAIRU.

NAIRU is the Non-Accelerating Inflation Rate of Unemployment. As if you can really "know" when that is. Most of economics is just educated guesses, but they love their charts and graphs because that "proves" something. The only thing we know for sure about the NAIRU is that, come election time,  the Obama Administration will use NAIBER Non-Acclerating-Inflation-Buffer-Employment-Rate, where the Government increases  hiring to pick up the slack in the private economy. Remember back when the Federal Reserve was supposedly the lender of last resort? And the Government was the last employer?

And then, in today's NY Times, Krugman was going over the Taylor Rule, where the NAIRU is defined as 4.8%. Therefore, plug  that variable into the Rudebusch version of the Taylor Rule and you have this:

Which basically says that the Federal funds rate should be at -5.6%.

And then, Krugman uses this argument to show that rates need to stay low, and that the Fed has no business contemplating monetary tightening. After all, he started his piece with this:

I’ve been writing about the worrying signs of hawkishness at the Fed — quite a few Fed presidents seem to be itching to tighten monetary policy, even though the economy remains deeply depressed. But just how far are we from the point at which monetary policy should start tightening?

For the foundation of his argument, he uses an equation that states Fed fund rates should be at minus 5.6%.

Maybe you buy that premise.

I don't. But the FRBSF does.

Back on May 22, the Federeal Reserve Bank of San Fransico (FRBSF) put out this piece with this graph:

This dashed line shows that, in order to deliver a degree of future monetary stimulus that is consistent with its past behavior, the FOMC would have to reduce the funds rate to -5% by the end of this year—well below its lower bound of zero. Alternative specifications of empirical Taylor rules, described in Rudebusch (2006), also generally recommend a negative funds rate.

The shaded area in Figure 2 is the difference between the current zero-constrained level of the funds rate and the level recommended by the policy rule. It represents a monetary policy funds rate shortfall, that is, the desired amount of monetary policy stimulus from a lower funds rate that is unavailable because nominal interest rates can't go below zero. This policy shortfall is sizable. Indeed, the Fed has been able to ease the funds rate only about half as much as the policy rule recommends. It is also persistent. According to the historical policy rule and FOMC economic forecasts, the funds rate should be near its zero lower bound not just for the next six or nine months, but for several years. The policy shortfall persists even though the economy is expected to start to grow later this year. Given the severe depth of the current recession, it will require several years of strong economic growth before most of the slack in the economy is eliminated and the recommended funds rate turns positive.
---------

So how is Krugman's re-iteration of what the FRBSF said in May, new news?

It's just babble amongst economists with an argument built on sand, pretending that its built on rock!
Posted by Palmoni at 8:11 AM