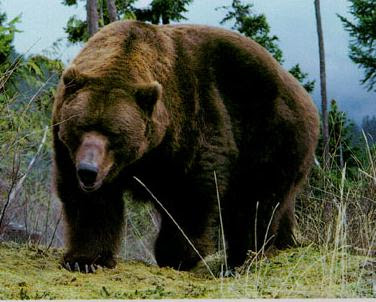 Give the bears some due!

And if you're not short the financials, or short Goldman, or short Wells Fargo, or short Capital One, or short the bullsh*t from Treasury, or Bernanke, or Geither or the stimulus counting job hunters, or this Administration then this market could turn miserable for you.

Stocks are just commodities. Over the short term, it has very little bearing on what the economy is doing. But when the market smacks you around, you need to listen to it. Because if you're getting smacked around, you're on the wrong side--- you don't know how long, or how hard the selling can get.

When the market was ready to turn, it didn't matter what bearish story was floated. The market didn't cooperate. Now the bullish stories are spun, and the market doesn't cooperate for the bulls.

They see the order book of the selling. And they are front running the sellers!

You think that they don't know that? This selling speaks volumes.

Here's a perfect example. Go check out where our "stimulus" jobs are being created right here. Supposedly, 640,000 jobs have been saved by the $160 billion that has been spent. 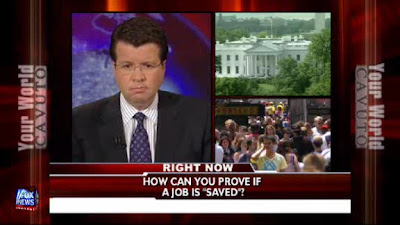 What a bunch of croc.

Play with the website. You'll see it is one of the most inefficient and unwieldy websites that you have ever been on. And it hardly ever works.

Let's look at an example. Port St. Lucie, FL. Here's a contract that the Obama Administration said that gave the City of Port St. Lucie 36 jobs, in the Ardsley Storm Drainage Improvement.

Scroll over FL, then over Port St Lucie, and then see what this administration said. $24 million for 36 jobs.

And 36 construction and administrative jobs were retained for a Port St. Lucie drainage improvement project on Ardsley Drive.

What did the City of Port St. Lucie say?

Description of Project: The Ardsley Storm Drainage Improvements project....The City has been forced to lay off over 40 employees within the last year, the design, construction oversight and administrative reporting for this project will help to retain six city employees.

Now use that same math, and do that with the bank's earnings.

Is it any wonder they are selling?
Posted by Palmoni at 6:26 PM

So yesterday you declare a new bull run and today your back short of the market? You trying to give Dick Bove a run for his money or what?!

Dick Bove made a great call. He was bullish on WFC and then switched.

Sometimes you have to do that.

I'm short the financials, though, not the market.

Hi !
I asked you last week, but you were busy I guess, thoughts on the shippers (DRYS, EXM etc)? EXM earnings tuesday after the bell.

I think they have already been crushed enough

Not sure if you are familiar with George Friedman and stratfor.com (a well-respected sort of private CIA) but think you'll find this interesting...

THE U.S. RECESSION evidently ended in the third quarter, with the U.S. Commerce Department’s Bureau of Economic Analysis announcing Thursday that it estimated gross domestic product growth in that period at 3.5 percent, annualized. The United States is not the first country to pull out of the negative growth period that resulted from the global financial crisis, but as the world's largest economy, the shift represents a truly impressive turnaround. A strong U.S. economy has implications around the world. For one thing, the prospect of rising U.S. consumer demand causes net-exporting countries to slaver with excitement.
However, while rising consumer demand did have a strong role in the uptick, observers have been quick to point out that it is an unsustainable surge. It’s hard to argue with that logic, given that Thursday's news was clear evidence that the U.S. stimulus programs have been having an impact. Stimulus packages aren’t designed to replace a real recovery; they are intended to push government spending into a stagnant economy to kick-start confidence and get more money flowing through the system. The recovery process will require a sustained uptick in consumer spending, investor and consumer confidence -- and, of course, job growth.
President Barack Obama’s administration had a tempered response to Thursday's report, citing concerns about job growth. The reaction in the U.S. media has been downright gloomy.
"But we would like to point out that, despite the aforementioned qualifications, 3.5 percent annualized growth really is quite good news."But we would like to point out that, despite the aforementioned qualifications, 3.5 percent annualized growth really is quite good news. It has been just about a year since the U.S. financial industry was brought to its knees, and the United States still managed to add $150 billion to its GDP in the past quarter alone. Not bad.
The relatively pessimistic reaction in the United States, however, fits with the contradictory and complex American psyche. The American nature is one of duality: The mentality swings wildly to great heights of hubris, only to collapse into insecurity and anxiety. This anxiety is rooted in a number of enormous shocks that have interrupted periods of prosperity -- from the Civil War to the Great Depression to the bombing of Pearl Harbor. Americans fear that prosperity long held could vanish, but it is a fear that fails to take into account the fact that America is blessed with vast economic resources and enormous relative security from outside threats.
This is not to say that we do not see potential economic challenges ahead. The global economy faces numerous economic pitfalls. The ongoing trade dispute with China, while at present carefully managed by both sides to mitigate harm, risks spinning out of control if prolonged. And of course, if the United States used military force to pressure Iran into giving up its nuclear program, it would cause oil prices to spike and potentially shatter fragile global confidence.
While the United States may not be able to sustain the same growth rate, it is clear that a corner has been turned -- and where the United States goes, the world is bound to follow.

Palmoni, you are a good windsock. One day you eat bears, another day you are a bear. Did you just eat yourself?

I eat my own cooking!

I was bearish on the financial stocks