They're drinking, and doing things like this--A Funeral 4 Favre: 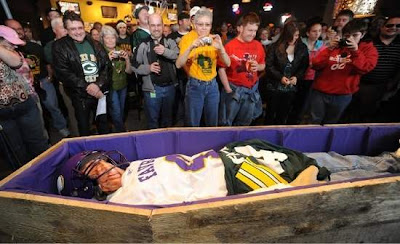 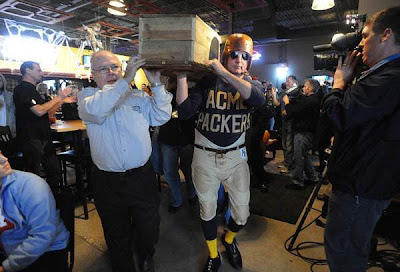 And they're drinking some more, and stealing Aaron Rodgers sign. The mayor of Green Bay, Jim Schmitt changed the name of Minnesota Avenue to Aaron Rodgers drive--and the sign was promptly stolen. 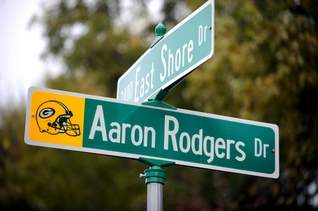 He was caught because a police officer saw a strange, green glow in the back of his car--at around 2:00 am.

The sign stealer said he was just taking the sign to a charity. After not being able to identify one, he was booked and fined $366.

They're waiting to take one at the game!
GBPG
Posted by Palmoni at 10:31 PM