What happened to those Depression charts? 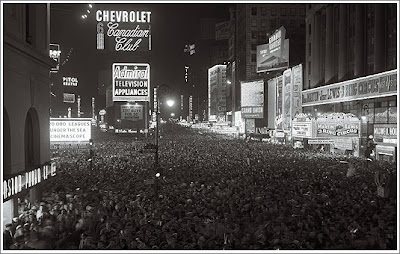 Remember them? That proved our markets were heading down? That earnings would take 20 years to recover. Where did they go? And the sheep that touted them? Where are they now?

That's my counter to those that trotted out their Depression charts.

And in 1904, it was the first time that New Year's Eve was celebrated in Times Square.

And then, tell the bears where they can go!

Because Times are changing!
Posted by Palmoni at 8:28 AM