Megan Fox holds on to her soul 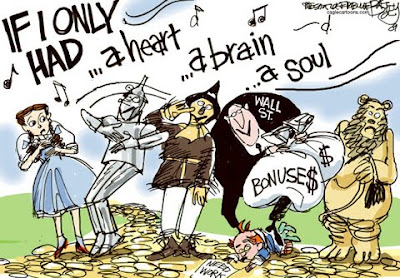 You though Wall Street had no soul? Neither does Hollywood.

“I’ve definitely said some things that I shouldn’t say,” she admits. “I sometimes forget how things will translate once they are in print. But this is a bull---- industry and I made a decision not to be a bull---- person. I need to hold onto my soul and my integrity and I can’t compromise that.” 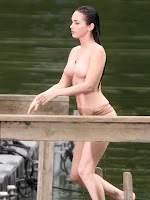 “I didn’t decide I’m going to be an actress because I want to be respected for how I play chess. I don’t think men approach me for intellectual conversation. I’m definitely labelled in the pin-up category and I haven’t given people a reason to take my work seriously yet.”

She emphasises that despite her reputation as a sex symbol, she has never been photographed topless and never will be. (And Demi Moore has never had plastic surgery either) “When you become a celebrity, the world owns you and your image. The only thing that is still private and still mine is my actual physical body. It’s literally all I have left that is my own.”

“I think I’m a different kind of role model for young girls.” She thinks for a minute and adds with a smile: “But maybe not the kind America is comfortable with.”

One that has never been photographed topless and never will be!
Posted by Palmoni at 10:26 AM