Obama: The most powerful writer since Julius Caesar!! 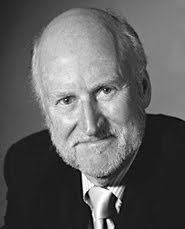 Rocco Landesman the head of the NEA gave a speech and said this:

My answer is pretty simple. There is a new president and a new NEA. The president first. This is the first president that actually writes his own books since Teddy Roosevelt and arguably the first to write them really well since Lincoln. If you accept the premise, and I do, that the United States is the most powerful country in the world, then Barack Obama is the most powerful writer since Julius Caesar. That has to be good for American artists.

OK--I know he won the Nobel Prize--and every sport trophy under the sun also. But Caesar?

Oh that's right. I forgot. Rocco is the head of the NEA!

So let's ask Cicero instead of Rocco about Caesar!

“Do not blame Caesar, blame the people of Rome who have so enthusiastically acclaimed and adored him and rejoiced in their loss of freedom and danced in his path and gave him triumphal processions....Blame the people who hail him when he speaks in the Forum of the ‘new, wonderful good society’ which shall now be Rome’s, interpreted to mean ‘more money, more ease, more security, more living fatly at the expense of the industrious.’ Julius was always an ambitious villain, but he is only one man.” 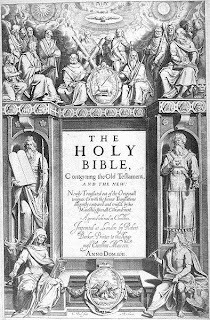 That passage, of the 1611 Authorized version of the Bible was worked on by Sir Henry Savile, one of the only non-clergy translator of the bible. He also had passages that were distinctly his own:

Then saith the damosell that kept the doore vnto Peter, Art thou not also one of this man's disciples? He sayth, I am not.

And the seruants and the officers stood there, who had made a fire of coales, (for it was colde) and they warned themselues: and Peter stood with them, and warmed himselfe.
John 17:17-18

Ah the birth of the Peter Principle!

Now brought to you by the head of the NEA!

And as for Caesar?

I'm a Cicero scholar and your quote is not something Cicero ever did or ever would say. Just internet drivel.