The Fed and their bailout of Goldman


(Is it any wonder why they are protesting?)
New York Fed’s Secret Choice to Pay for Swaps Hits Taxpayers
By Richard Teitelbaum and Hugh Son

Oct. 27 (Bloomberg) -- In the months leading up to the September 2008 collapse of giant insurer American International Group Inc., Elias Habayeb and his colleagues worked nights and weekends negotiating with banks that had bought $62 billion of credit-default swaps from AIG, according to a person who has worked with Habayeb.

Habayeb, 37, was chief financial officer for the AIG division that oversaw AIG Financial Products, the unit that had sold the swaps to the banks. One of his goals was to persuade the banks to accept discounts of as much as 40 cents on the dollar, according to people familiar with the matter.

By Sept. 16, 2008, AIG, once the world’s largest insurer, was running out of cash, and the U.S. government stepped in with a rescue plan. The Federal Reserve Bank of New York, the regional Fed office with special responsibility for Wall Street, opened an $85 billion credit line for New York-based AIG. That bought it 77.9 percent of AIG and effective control of the insurer.

The government’s commitment to AIG through credit facilities and investments would eventually add up to $182.3 billion.

Beginning late in the week of Nov. 3, the New York Fed, led by President Timothy Geithner, took over negotiations with the banks from AIG, together with the Treasury Department and Chairman Ben S. Bernanke’s Federal Reserve. Geithner’s team circulated a draft term sheet outlining how the New York Fed wanted to deal with the swaps -- insurance-like contracts that backed soured collateralized-debt obligations.

CDOs are bundles of debt including subprime mortgages and corporate loans sold to investors by banks.

Part of a sentence in the document was crossed out. It contained a blank space that was intended to show the amount of the haircut the banks would take, according to people who saw the term sheet. After less than a week of private negotiations with the banks, the New York Fed instructed AIG to pay them par, or 100 cents on the dollar. The content of its deliberations has never been made public.

The New York Fed’s decision to pay the banks in full cost AIG -- and thus American taxpayers -- at least $13 billion. That’s 40 percent of the $32.5 billion AIG paid to retire the swaps. Under the agreement, the government and its taxpayers became owners of the dubious CDOs, whose face value was $62 billion and for which AIG paid the market price of $29.6 billion. The CDOs were shunted into a Fed-run entity called Maiden Lane III.

Habayeb, who left AIG in May, did not return phone calls and an e-mail. 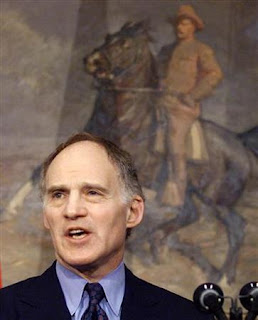 The deal contributed to the more than $14 billion that over 18 months was handed to Goldman Sachs, whose former chairman, Stephen Friedman, was chairman of the board of directors of the New York Fed when the decision was made. Friedman, 71, resigned in May, days after it was disclosed by the Wall Street Journal that he had bought more than 50,000 shares of Goldman Sachs stock following the takeover of AIG. He declined to comment for this article.

In his resignation letter, Friedman said his continued role as chairman had been mischaracterized as improper. Goldman Sachs spokesman Michael DuVally declined to comment.

The New York Fed, one of the 12 regional Reserve Banks that are part of the Federal Reserve System, is unique in that it implements monetary policy through the buying and selling of Treasury securities in the secondary market. It also supervises financial institutions in the New York region.

The New York Fed board, which normally consists of nine directors, in November 2008 included Jamie Dimon, chief executive officer of JPMorgan Chase & Co., and Friedman. The directors have no direct role in bank supervision. They’re responsible for advising on regional economic conditions and electing the bank president.

“There’s no way they should have paid at par,” she says. “AIG was basically bankrupt.”

In March 2009, congressional hearings and public demonstrations targeted AIG after it was disclosed it had paid $165 million in bonuses that month to the employees of AIGFP, which is unwinding billions of dollars in derivatives under the supervision of Gerry Pasciucco, a former Morgan Stanley managing director who joined AIG after the CDS payments were mandated.

Far more money was wasted in paying the banks for their swaps, says Donn Vickrey of financial research firm Gradient Analytics Inc. “In cases like this, the outcome is always along the lines of 50, 60 or 70 cents on the dollar,” Vickrey says. 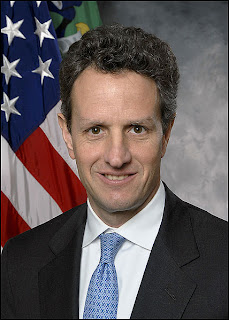 A spokeswoman for Geithner, now secretary of the Treasury Department, declined to comment. Jack Gutt, a spokesman for the New York Fed, also had no comment.

One reason par was paid was because some counterparties insisted on being paid in full and the New York Fed did not want to negotiate separate deals, says a person close to the transaction. “Some of those banks needed 100 cents on the dollar or they risked failure,” Vickrey says.

A Range of Options

People familiar with the transaction say the New York Fed considered a range of options, including guaranteeing the banks’ CDOs. They say that by buying the securities, AIG got the best deal it could.

According to a quarterly New York Fed report on its holdings, the $29.6 billion in securities held by Maiden Lane III had declined in value by about $7 billion as of June 30.

Edward Grebeck, CEO of Stamford, Connecticut-based debt consulting firm Tempus Advisors, says the most serious breach by the government was to keep the process of approving the bank payments secret.

“It’s inexcusable,” says Grebeck, who teaches a course on CDSs at New York University. “Everybody should be privy to the negotiations that went on. We can’t have bailouts like this happening behind closed doors.”

The deliberations of the New York Fed are not made public. In this case, even the identities of the AIG counterparties weren’t disclosed until March 2009, when U.S. Senator Christopher Dodd, head of the Senate Finance Committee, demanded they be made public.

Bloomberg News has filed a Freedom of Information Act request seeking copies of the term sheets related to AIG’s counterparty payments, along with e-mails and the logs of phone calls and meetings among Geithner, Friedman and other New York Fed and AIG officials. The request is pending. 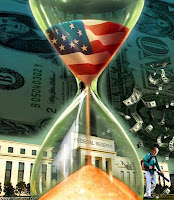 The Federal Reserve has been reluctant to publish information on its efforts to stabilize the financial system since the crisis began. The Fed has loaned more than $2 trillion, yet it refuses to name the recipients of the loans, or cite the amount they borrowed, saying that doing so may set off a run by depositors and unsettle shareholders.

Bloomberg LP, the parent of Bloomberg News, sued in November 2008 under the Freedom of Information Act for disclosure of details about 11 Fed lending programs. In August, Manhattan Chief U.S. District Judge Loretta Preska ruled in Bloomberg’s favor, saying the central bank had to provide details of the loans.

The Fed has appealed to the Second Circuit Court of Appeals, and the data remain secret while the appeal proceeds.

Information on the borrowers is “central to understanding and assessing the government’s response to the most cataclysmic financial crisis in America since the Great Depression,” attorneys for Bloomberg said in the Nov. 7 suit.

Questions about the New York Fed transactions may be answered by Neil Barofsky, inspector general for the Troubled Asset Relief Program, or TARP. He is working on a report, which may be released next month, on whether AIG overpaid the banks. TARP is the vehicle through which the Treasury invested more than $200 billion in some 600 U.S. financial institutions.

William Poole, a former president of the Federal Reserve Bank of St. Louis, defends the New York Fed’s action. The financial system had suffered through months of crisis at the time, he says. The investment bank Bear Stearns Cos. had been swallowed by JPMorgan; mortgage packagers Fannie Mae and Freddie Mac had been taken over by the government; and the day before AIG was rescued, Lehman Brothers Holdings Inc. had filed for bankruptcy.

“I think the Federal Reserve was trying to stop the spread of fear in the market,” Poole says. “The market was having enough trouble dealing with Lehman. If you add, on top of that, AIG paying off some fraction of its liabilities, a system which is already substantially frozen would freeze rock-solid.”

Still, officials at AIG object to the secrecy that surrounded the transactions. One top AIG executive who asked not to be identified says he was pressured by New York Fed officials not to file documents with the U.S. Securities and Exchange Commission that would divulge details.

“They’d tell us that they don’t think that this or that should be disclosed,” the executive says. “They’d say, ‘Don’t you think your counterparties will be concerned?’ It was much more about protecting the Fed.” 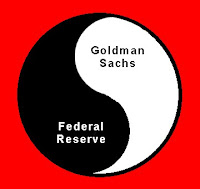 Both purchases took place before the payments to Goldman Sachs were publicly disclosed under pressure from Senator Dodd in March. On Oct. 26, Goldman Sachs stock closed at $179.37 a share, meaning Friedman had paper profits of $5.4 million.

Jerry Jordan, former president of the Federal Reserve Bank of Cleveland, says Friedman should have resigned from the New York Fed as soon as it became clear that Goldman stood to benefit from its actions.

“It’s an outrage,” Jordan says. “He needed to either resign from the Fed board or from Goldman and proceed to sell his stock.”

Friedman remains a member of Goldman’s board and held a total of 98,600 shares of the firm’s stock as of Jan. 22.

Vickrey says that one reason the New York Fed should have insisted on discounted payments for AIG’s CDSs is that the banks likely had hedges against their insured CDOs or had already written down their value. On March 20, Goldman Sachs CFO David Viniar said in a conference call with investors that Goldman was protected.

“We limited our overall credit exposure to AIG through a combination of collateral and market hedges,” Viniar said. “There would have been no credit losses if AIG had failed.”

In any event, former St. Louis Fed President Poole says the entire process should have been public and transparent. “There should be a high bar against not disclosing,” Poole says. “The taxpayer has every right to understand in detail what happened.”

Tim Geithner should be given the option to resign immediately, or be fired. He is either incompetent, too conflicted to do his job with the banks properly, or possibly both.

Stephen Friedman should be investigated for $5.4 million in profits made through potential insider trading. His breach of fiduciary responsibility as chairman of the NY Fed is shocking.

The entire integrity of the Federal Reserve bank should be called into question. There is no place for the Fed to be the primary regulator of the financial system given their penchance for secrecy and cronyism, and their inability to manage their own shop from such scandalous conflicts of interest. They are a private company owned by the banks. The proposal to give them that level of public policy discretion and authority is patently absurd. This trend to outsourcing of responsibility so the politicians can critique the results as outsider observers must stop
Posted by Palmoni at 9:45 PM