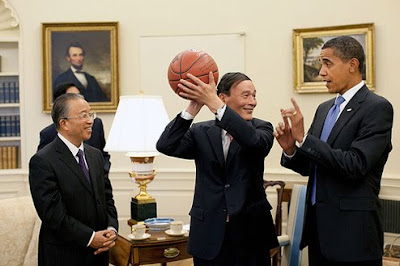 George Soros met with Obama on March 24 and 25. That week he had an interview published in the Times Online where he said this:

We could end up with a depression. “Unless we handle it well then I think we would. The size of the problem is actually bigger than in the 1930s.”

The chances of a depression are, he says, “quite high” – even if that is averted, the recession will last a long time. “Look, we are not going back to where we came from. In that sense it’s going to last for ever.”

He tells us that he has psycho-somatic illnesses – backaches and pains – that tip him off to changes in the market.

The next week he flip-floped his viewpoint, saying that he G-20 would rescue the world.

Did Obama intervention help? He met with Obama on March 24.

Lloyd Blankfein, Jamie Dimon, Ken Lewis, Vikram Pandit and the rest of the bankers were summoned to the White House on March 24, to meet with Bo on March 27. 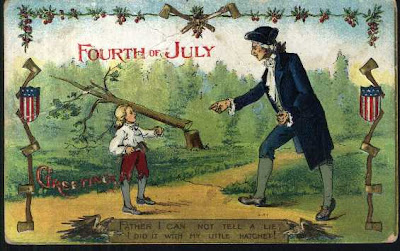 At that time, an Obama spokesman had said this to say "reiterate his belief that getting the economy back on track will require an understanding that each of us must look beyond our own short-term interests to the wider set of obligations we have to each other in order for America to succeed."

Their patriotic duty was to tip off the bankers so they could buy and then bonus themselves the profits!

Jamie Dimon was summoned to the White House two weeks before Soros on March 3, to meet with Bo on March 4 and 11. He was the White House point man to front run Goldman. On March 4 the market went up 2.5%, and the day after the March 11 meeting, the market popped 4%. So far so good.

Three weeks after Blankfein met with Obama, Goldman went to the bullish camp on April 22 when Jan Hatzius, who had previously predicted the next Great Depression, then saw green shoots. They had to cover their shorts, and then get long before they could advertise to the world that Obama had their back.

QE bought PIMCO in to front run mortgages, off of the taxpayers back. The bankers bought who were meeting with Obama. When Mooody's dongraded BAC and WFC in late March, they of course, tipped off their buddies in hedge fund land who had laid out shorts on these names. But the White House had a little more power than Moody's.

And they had a little more power than Fitch. They downgraded Buffett on March 23. At that time I said this:

Maybe a short hedge fund had Fitch's ear, and they needed the market down.

Well we know that they had Moody's ear--but it looks like they had Fitch's also. 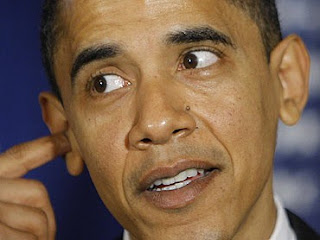 But the bankers had Obama's ear! And they were bigger. He gave them their cover. They had to go to the White House, because Rick Santelli was b*tching about the mysterious party that bought all the calls on bonds before Treasury/Bernanke did their Quantitative Easing. Remember that? Who got that call?

And remember the White House shakedown of the bears? It was reported here, on March 4. So none of this is really new news. 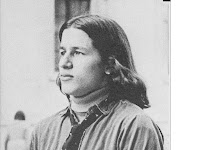 And that was the day Obama talked about the "profit earnings" ratios.

Right after he had the meeting with Jamie Dimon!

And now that we have just a fraction of Obama's log--where then are Timmy Geithner's call log?

But the bankers prove they still have Washington's ear.  Last night, our Government said that the non-performing Commercial Real Estate would still be performing, even if the collateral had fallen below the loan's value!

Federal bank regulators issued guidelines allowing banks to keep loans on their books as "performing" even if the value of the underlying properties have fallen below the loan amount.

The guidelines, released on Friday by agencies including the Federal Deposit Insurance Corp., the Federal Reserve and the Office of the Comptroller of the Currency, provide guidance for bank examiners and financial institutions working with commercial property owners who are "experiencing diminished operating cash flows, depreciated collateral values, or prolonged delays in selling or renting commercial properties."

No cash, no rent, no sales, no problem!

We got your back!

And you got our ear!