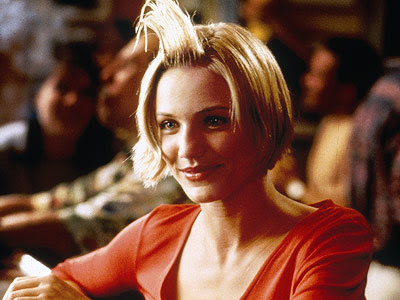 Well, she did appoint Bernie Madoff's son Mark to serve on the board of the National Adjudicatory Council--that reviews disiplinary decisions by FINRA.

Kotz, who interviewed Madoff, said he found no evidence that Madoff had a close relationship with Mary Shapiro.

But Shapiro is a proven lightweight. She said "We all know compensation drives behavior" but she's done nothing about it--and proved that as she negotiated the $33 million settlement for BAC's bonus imbroglio with Merrill Lynch, that was promptly rejected by Judge Rakoff.

But that's Wall Street's version of Weekend at Bernies and There's Something about Mary.

Hollywood is still safe.
Posted by Palmoni at 5:54 AM