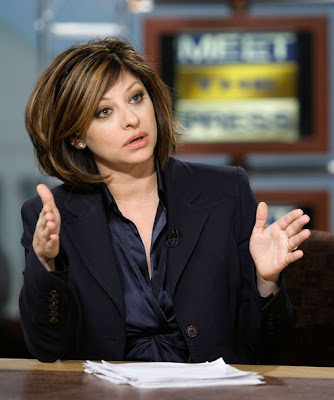 Maria Bartiroma? (But she sure looks good here) And Bob Doll? 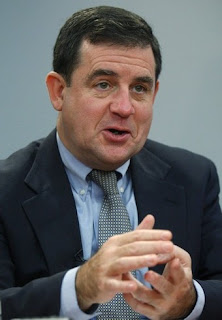 Doesn't that make you a bit queasy? Now that these folk are on board? Well we know that Maria is now on board. But soundbiite Bob?

I still think he wants it both ways.

Here''s what Bob said just a few weeks ago in his commentary:

“We believe that while the broad financial crisis is largely over, the economic crisis is only halfway through." ”While we do believe the recession has ended, we would argue that the recovery has only just begun and will likely require a period of years to return the United States to trend levels of economic activity.”

“State and local governments remain deeply troubled and are faced with the choice of raising taxes, reducing spending or some combination of the two,” Doll notes. “Additionally, global trade policy remains a concern, as there has been increasing noise about enacting protectionist trade policies, which we believe would hurt overall global economic growth.”

“Finally, we would also point out that commercial banks are still experiencing credit contractions despite their improved ability to raise capital and their reduced reliance on government funds and guarantees,” he says. A healthy commercial banking system ”is one of the prerequisites for a sustained economic recovery and an ongoing equity bull market, and if the contraction in bank credit persists, we would have to adopt a more cautious outlook.”

And then this weekend he said this:

For the markets, the backdrop remains supportive of better performance from higher-risk assets. Noninflationary economic growth, positive corporate earnings and ample liquidity are all important tailwinds. Investors also continue to move funds out of cash and into higher-risk assets, and while the bulk of these moves has been from cash to bonds, we expect to see increased flows to equities in the months ahead. Of course, risks remain for equities, such as potential inflation down the road and uncertainty about the dollar. While these crosscurrents should keep volatility levels relatively elevated, we continue to believe that the major trend for equities should be to the upside.

I guess he is a bull.

Or a bear, if things weaken.

Maybe he's a bearly bull!
Posted by Palmoni at 8:05 PM