Banks to charge credit card holders for not having a balance 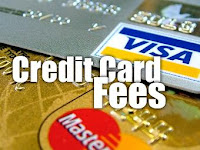 Denninger calls for a withdrawal of money from the major banks after USA Today had the latest bank fee--for those who pay off their credit card balances:
------

Have you had it with the scams, frauds, "mark to myth" and lies?

Tired of this sort of garbage - being punished for being responsible?


You may believe that your exemplary behavior shields you from unexpected credit card fees. Sadly, that is no longer the case.

Place your business with a local community bank or credit union in their place, and tell the above four institutions to "piss off."

I've resisted doing this, but the idea that banks are now going to try to penalize those who do not carry balances or pay late fees is the last straw.

This is a call for a boycott.

A call to break these institutions by destroying their deposit base and "net interest margin", one consumer at a time, as a protest against the outrageous actions these firms have taken in terms of risk and their shifting of the costs of that risk, which should have resulted in their failure and closure by The FDIC and OCC, onto the backs of their customers via outrageous fees, interest rates and costs, along with the direct subsidy being paid by all taxpayers generally.

The people actually have the power to bring these banks to their knees, but the people don't recognize their power, because they are too darn lazy to do something about it.

And good luck waiting for Oprah to suggest it!
Posted by Palmoni at 7:48 PM

Come over and join the battle against Chase at www.changeinterms.com

We've been fighting Chase for months - there are tons of resources and links there to other internet efforts in the same fight.