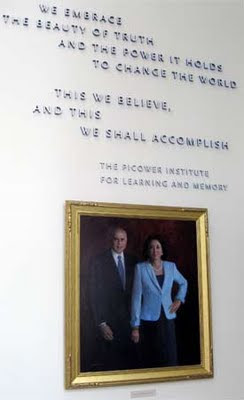 We know that Jeffrey Picower has a scandalous past.  And we also know that when Madoff went bust, Picower quietly and very quickly closed the Picower Foundation.

Too some it was too quickly.  Back in February ABC News thought that Picower and Levy were the funnels for Madoff's billions.

But then we found out that Picower had taken $5.1 billion over and above his investment. Now that figure has increased upwards by another two billion to $7.2 billion. Here were some of his annual withdrawals.

670 wires out of Madoff, averaging $100 million each, and no bank has any culpability? $6.746 billion wired out? And all we have on Picower is a lawsuit from the Fed's?

He dies today in a swimming pool. 81 minutes after the 911 call, he was pronounced dead.

Somebody wanted to keep him quiet.

Because we heard, that last week, for the sake of expediency, his lawyers were trying to work out a settlement to put these issues behind him.

And that reminds me of this old joke. But instead of $3 million, it's $6 billion!

The accountant interrupts, "sir, the man is a deaf-mute and cannot understand you, but I can interpret for you."

The Godfather pulls out a pistol, puts it to the temple of the underboss, cocks the trigger and says, "Ask him again where the @#!* money is!"

The accountant signs to the underboss, "He wants to know where it is!" The underboss signs back, "Okay! Okay! The money's hidden in a suitcase behind the shed in my backyard!" The Godfather says, "Well, what did he say?"

The accountant interprets to the Godfather, "He says that you don't have the guts to pull the trigger." 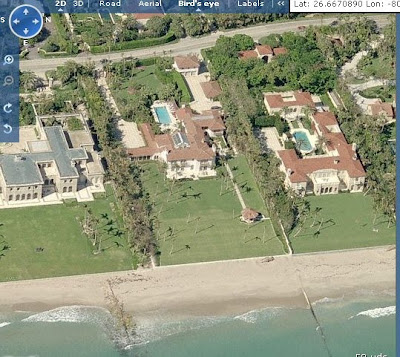 This time, they used the swimming pool.  (It's the middle house.)

It's easy to make money, when you make up prices!
Picower Foundation -- 2006 Tax Return
Posted by Palmoni at 9:42 PM

I have a feeling more people are going to turn up dead!

Palomni , would you SHORT NITE right now? what do you think about the dark pool story...you think it will pass? some say NITE could be in big trouble?

I wouldn't short it.

Stay out of that pool!