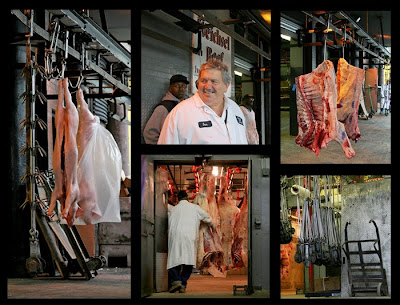 Remember when Barron's bashed Harmon? With this article?

So today Barron's warns us about US Steel. Coincidentally, the short interest in this name has gone up 4 million shares the last month, to 24 million shares shorted. Looks like someone needs a hand again.

So Barron's comes out with this story today:

The business newspaper said that while U.S. Steel's stock has soared since mid-March, it has recently retreated by about 15 percent off a mid-September high, and could fall even further if the manufacturing sector continues to struggle.
----

So in six weeks, I'll come out with another story on X, just like I did on HAR, when the sheep on Wall Street get taken to the slaughterhouse, because they can't think for themselves.The World Steel Association is out today, already predicting a big upswing in steel demand.

Because on Wall Street, you can't buy conviction, and you can't buy trading instincts, but they'll sell you a story of baloney that people will buy, because "they" need the stock lower or higher.

Not realizing, that  they are the sheep which is just fresh meat for the carnivores on Wall Street.

But the sheep don't fight back.
Because if they did, they'd have to make a movie out of it!
Posted by Palmoni at 10:45 AM