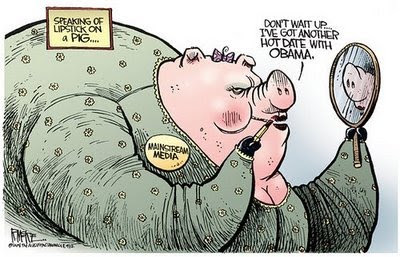 That means the "improvement" (i.e. the change in the change) in the unemployment rate (isn't that like the negative wealth increase) came about because of those exhausting their unemployment benefits.

We know 1.5 million people will have exhausted their unemployment benefits by year end.

And the improvement in average hourlywages is mainly from the increase in the minimum wage.

But Wall Street will put lipstick on this pig.

After all, the by-product of overworked workers is just called increased productivity!

Even though this is news that won't sell on Main Street!

And it shouldn't on Wall Street either!
Posted by Palmoni at 8:36 AM