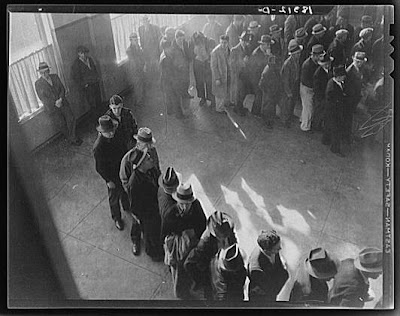 Sept. 22 (Bloomberg) -- The U.S. House will vote today on legislation extending jobless benefits for 13 weeks in states hardest hit by the recession amid the worst surge in long-term unemployment in more than half a century.

The measure would continue aid to about 300,000 Americans projected to exhaust their benefits by the end of this month. The aid, to people in 27 states with unemployment rates of at least 8.5 percent, when combined with prior extensions would mean they could receive benefits for as much as 92 weeks...

This means that the unemployment rate will increase, as those who have fallen off of the roles because of losing benefits, will be able to get another 13 weeks, and then be "counted" again.