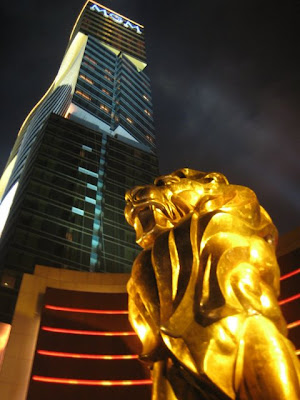 In today's WSJ, they had this to say:

In May, it said it would pay back $825.6 million in debt under its senior credit facility after a stock and bond offering. Those offerings led the company to remove a bankruptcy concern statement from a filing in June, saying there is no longer "substantial doubt" about its ability to remain operational.

Amazing that investors only appreciate what these offerings do to the equity holder, but only after the stock starts moving higher!
Posted by Palmoni at 8:47 AM

also...GCI has been doing better since optionmoster touted those puts.

I think the bulls just want to get an early start on the weekend. I was trying to, but things came up.

But it takes a while before "they" let stocks breathe. Look at how long MGM based down here, before they let it run.

GCI is the same. They just try and wear you out on the names.

The short base on this market still is way too high. So you get days where people actually want to cash out--because they still don't see the turn in the economy that Wall Street does.

So we get these consolidating intra-day corrections.

That's all I see from this perch way away from Wall Street!

Thanks P...holding MGM and GCI...hopefully the 10k- 15k lost earlier this year will fall back down like your post.

Have a great weekend. Please continue to keep us updated with MGM and GCI....