The Fear of the Shadow 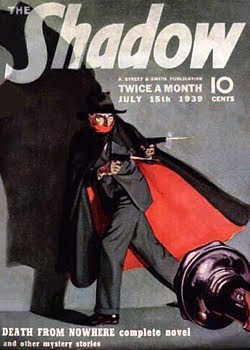 Yesterday the WSJ was warning us about the new looming bear market. We fell all of 40 points on the Dow.

This morning the futures are up 70.

Story sure packed a punch didn't it?

Now we have the leaked story that the Fed isn't in any hurry to quit their QE:
The Fed is considering kicking away a fairly important prop for the housing market. But this will likely happen in slow motion. The real mystery is what they will say about their program to buy $1.25 trillion in mortgage-backed securities to support housing. Some observers think the Fed will stretch mortgage purchases out rather than end them abruptly, as scheduled for December. Given that the Fed lately buys roughly 80% of all new mortgages, that gentler approach might make sense.... Given the risks, the Fed might be better off saving the decision for November, suggests Mr. Crandall. It might have a better feel for the housing market's intrinsic strength by then.

Thus you get a weaker dollar, and higher stock and commodity prices.

What the bears and the WSJ don't realize is that the foundation for this market is solid. But they keep on seeing things that aren't they.

Last night, I was running the steps in the football stadium, and I do this big circle of 90 flights up, and then 90 flights down, and keep doing the circuit until I get to the puke threshold. At that time, toward the end of the routine you just start dying, your legs are wobbly and rubbery, and you just drip sweat. And then, your mind plays tricks on you. It's not on the way up, because then you are struggling to get to the top, and you are going slow. It's when you come down when you can still go fast. The black shadow from the bleachers reflects on the stadium steps, and on the way down, it looks like you just have concrete blocks on the right side that you can run down on, as the shadow is so dark it looks their is nothing underneath you. And when you are at the top of the stadium, you have to tell you mind that there is concrete under that shadow you can't see.

That's this market. But the fear is just an illusion; the shadows are all the bearish commentators, and pundits who never climbed up to the top anyway. What do they know about the struggle? Now that the economy is getting better, these folks want the cheap prices, without all the work.

And that's all these pundits have. Just whims they whiff with!

Last night, I pounded those steps, because I missed a couple of trades, and I didn't want to wear black socks. Have you ever seen those black socks? That older men wear up to their knees? I never gave them a second thought. I thought they were a fashion statement. I didn't know they were for circulation!

The other day, I was working at my desk until about 1:30 am, and when I came home, and took my socks off, I noticed that my socks had left a mark on my legs. That had never happened before. And then it hit me. Support socks? A couple missed trades? Hit the stadium steps! Not going to happen!

But every bit of hard work always has its rewards. I was walking around the stadium, heading back to my car, taking my time, as two really fine looking coeds were walking in front of, and I couldn't help but overhear their conversation. One was just wearing shorts shirts and a sports bra, and the other had the same, but she had on these nylon zippered sweats. The girl, with the sweats says to the one not wearing hardly anything, "I'm so hot, I feel like just taking off these sweats." I started walking just a bit more quietly. Then she says, "I have so much sweat trapped down there, I'm afraid I'll get a yeast infection!" Time to jog to the car. The show is over! 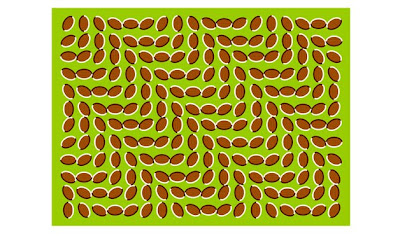 And that's the reality for the bears. Just when they think they have a chance to see something, they find out it's only an illusion in their mind!

They have nothing concrete--Just the shadow of the past bear market!
Posted by Palmoni at 8:08 AM

I would have ran to the car after her comments!