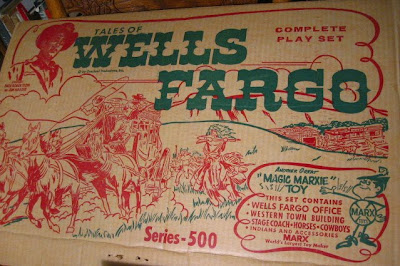 A Madoff investor lost his home in Malibu, after he had to surrender his home to satisfy debts. So what did the Wells Fargo executive who oversaw foreclosed properties do?

And they're not even showing the home to prospective buyers, because it's a party house. So forget that Wells Fargo has $25 billion of of taxpayer money courtesy of the TARP.

Remember when these sanctimonious folks at Wells Fargo canceled their junket to Vegas to pretend they were becoming austere on the taxpayer's tab?

Does a banker ever change their stripes?

They don't. They just find a newer way to hide their excess!

And they just move the stage!

So now they're partying on another Madoff victim's grave!

As long as the grave is a Malibu beachfront home!

MALIBU, Calif. (AP) — A Wells Fargo & Co. executive who oversees foreclosed properties hosted parties and spent long summer weekends in a $12 million Malibu beach house, moving into the home just after it had been surrendered to Wells Fargo to satisfy debts, neighbors said.

The previous owners of the beachfront home in Malibu Colony — a densely built stretch of luxury homes that has been a favorite of celebrities over the years — were financially devastated in Bernard Madoff's massive fraud scheme, real estate agent Irene Dazzan-Palmer said.

The couple signed the property over to Wells Fargo last spring, and the bank subsequently denied requests to show the house to prospective buyers, Dazzan-Palmer said.

Residents in the gated community told the Los Angeles Times that a woman they believe was Cheronda Guyton took up occupancy at the home in May. Residents said they obtained Guyton's name from the community's guards, who had issued her a homeowner's parking pass.

Residents also wrote down the license plate number of a 2007 Volvo sport-utility vehicle they say was parked in the home's garage. A check of state motor vehicle license plates by the Times found the vehicle was registered to Guyton.

"It's outrageous to take over a property like that, not make it available and then put someone from the bank in it," said Roman, who lives a few homes away from the property.

Residents said Guyton, along with her husband and two children, often hosted guests at the home, including a large party the last weekend of August. Malibu Colony is about 25 miles from downtown Los Angeles.

Wells Fargo said in a written statement that it would conduct a thorough investigation of the allegations by neighbors, but said it wouldn't "discuss specific team member situations/issues for privacy reasons."

Guyton's home number is unlisted, and attempts to reach her at her Los Angeles office after work hours were unsuccessful.

The bank's agreement with the prior owner required it to keep the home — a 3,800-square-foot, two-story structure built in the early 1990s — off the market for a period of time, Wells Fargo said in the statement. The bank said it planned to list the property for sale soon.

Good friday, what is going on with gold and mining stocks? I sold my HL at 3 and now its 4.5.

Are you buying any gold or mining? Please let us know if you are considering any besides MGOL

Thanks continue with the great blog

I bought calls on AEM and GOLD earlier this week, and those are the best with the "juice" I play options on these names because it's like buying a cheap stock that doubles or triples.

I'll start putting out more options plays, because the money is coming from heaven!

From all of it, that went to money heaven in the crash!

do you not like to buy the miners stocks?

where do you see gold heading up to? just wondering if i should buy some HL eventhough it had a huge run up