Commercial real estate gets a lifeline 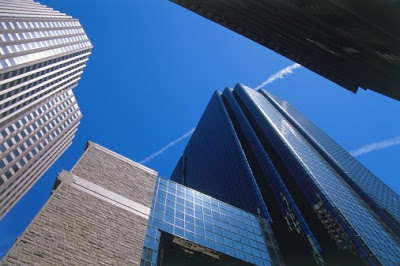 In April Deutsche Bank warned us that $1 trillion of commercial real estate deals will have trouble refinancing in the next five years.

So Whitney Tilson a couple months later in June had to one up them, and he predicted that the next wave will be a crash in commercial real estate:

• Wave #5: Losses among loans outside of the housing sector, the largest of which will be in the $3.5 trillion area of commercial real estate. Timing: started to surge in early 2008 to the present.
You can read the whole piece here.

Remember when Moody's downgraded some commercial mortgage bonds from AAA to BBB- and then back up to AAA in the middle of July?

Supposedly, none of the regional banks would even survive!

Or how about Chairman Bernanke on July 22 testifying before Congress? Remember this:

July 22 (Bloomberg) -- Federal Reserve Chairman Ben S. Bernanke said a potential wave of defaults in commercial real estate may present a “difficult” challenge for the economy, without committing to additional steps to aid the market.

Now these are just the good guys. How about all the bad guys with their warnings?

You know what those warnings mean? They don't mean sh*t!

Because sh*t happens, but it ain't Armageddon!

But now, those that are short commercial real estate, are going to have to eat their own cooking!

Because all these smart folk, with all their clever predictions, can't make you a dime in the stock market. Because the market has already discounted any news that the bears can proffer. 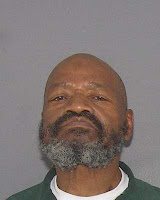 So let me be crude, and let me be gross, but let me get a point across so at least you won't forget it. If you believe this sh*t, then why aren't those bearish then eating their own cooking?

Let me give you a real life example. Have any of you heard of James Orr?

He was on trial two weeks ago, and halfway through, he stood up and asked his lawyer if he had any food to eat. The lawyer said no. So then, Mr. Orr, took his colostomy bag, placed it on the table, and squeezed the sh*t out of it, and sat down for a meal.

The judge, immediately declared the courtroom a biohazard area, and put a stay on the trial, until they could judge the mental competence of Mr. Orr, and clean the feces off his beard.

Now that, my friends is a desperate man.

But what about the shortsellers in this market? Or all the other con artists warning us of the coming great crash? Do you think they really want to eat the sh*t they are shoveling?

Now let's look at the break Treasury came out with regarding commercial real estate. Did anybody notice that? They start tomorrow:

The guidance would ease requirements for collateral and other guarantees in many cases. Borrowers in investor pools known as Real Estate Mortgage Investment Conduits would be allowed to refinance some loans without paying tax penalties. The rules were urged by the Real Estate Roundtable trade association while the Commercial Mortgage Securities Association favored narrower revisions.

“Changes to the regulations are necessary to better accommodate evolving practices in the commercial-mortgage industry,” the regulations say. “These changes will affect lenders, borrowers, servicers and sponsors of securitizations of mortgages” in Real Estate Mortgage Investment Conduits. Those are tax-advantaged organizations used for pooling investments in mortgage-backed securities.

Now this is limited to investment pools, but don't think that doesn't matter. This stuff will just get moved around with help by the folks at Goldman.

Because there is no way in hell that Treasury is going to allow all the banks to be declared a biohazard area.

And eat their own cooking!

Instead it will be the shortsellers, who took the other side of the trade, betting on the commercial real estate crash, that now, isn't going to happen!

So much for their sh*t eating grin!
Posted by Palmoni at 9:27 PM

When I started hearing the CNBC pundits talking about that CRE is the next shoe to drop, I figured it was already priced in and it was time to go long!

O great one!
How to play the CRE ?

The second derivative play is calls on GE--they have the real estate exposure or the IYR etf. I suppose that is the safe play.

Myself I like calls on EQR though not "commercial"

what do you think about URE?