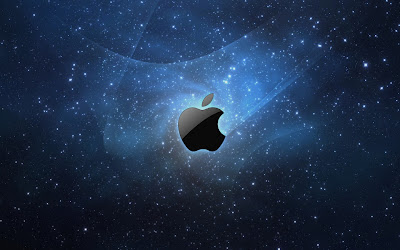 With the help of an accounting change.

Apple recognizes their iPhone revenue over 24 months, and they have a massive honeypot that they can dip in at anytime. Now it may change, as a new draft rule, will allow AAPL to recognize the revenue when it is sold.

We have learned from our conversations with Credit Suisse’s Accounting and Tax Research team (led by David Zion) that in a meeting yesterday, the EITF approved a change to the rule that requires Apple to recognize the iPhone on a ratable basis (SOP 97- 2). While it’s a draft rule at this point, it should receive final approval in the next several weeks. The following key takeaways are important for hardware investors:

* The rule change. SOP 97-2 is the accounting standard that requires Apple to recognize iPhone revenues and profits over a 24-month period. The basic concept is that because Apple offers free software updates on the device, it has to recognize the revenues and costs over the life of the hardware. After intense lobbying by several technology companies, however, FASB agreed to review the rule. The EITF (Emerging Issues Task Force), which is part of FASB, effectively reversed the rule in a meeting yesterday. At this point the new rule is a draft rule, but it should receive final approval in the next few weeks. The new rule will allow Apple to recognize the iPhone hardware revenue and profit at the point of sale, while an estimated value for the software will be recognized over the life of the device.

* The difference in revenues and profits is substantial. Last quarter, Apple’s non- GAAP (non-ratable) revenues were 16.9% higher than GAAP, while non-GAAP EPS was 58% higher. For all of fiscal 2009, the differences are 16.3% and 48.5%, respectively.

* There will still be some accounting puzzles to solve. The new rule proposes that all future sales of products are impacted, but prior sales are not affected. In addition, Apple will have to estimate the value of iPhone software updates, which is not easy for investors to forecast.

* GAAP EPS may actually be higher than our current non-GAAP. Interestingly, by recognizing historical iPhone sales on a deferred basis and new iPhone sales on a period basis, Apple’s GAAP results under the new rule will now be inflated (they would get credit for current iPhones AND devices sold over the prior two years). As a result, we suspect pro-forma estimates will still be necessary. Either way, the artificial compression of GAAP earnings will no longer be an issue under the new rule.

* It may take a while for Apple to implement. The new rule would not be mandatory until Apple’s fiscal year 2011, but we suspect the company will choose to implement it much earlier. Nevertheless, revenue and profit recognition changes can require complex enterprise software and accounting overhauls, so this may take the company a few quarters.

* In the end, true earnings power should be more apparent. Although Apple already reports non-GAAP revenues and earnings, consensus and management guidance is still GAAP. This new rule would change that, and it should make Apple’s true cash earnings power more apparent to a broader base of investors.

Palmoni - I have been holding LVS since mid march and want to hold into next year. Short interest seems to increase every month, which doesn't seem to make sense given the price movement. What do you think is going on there? Thanks for your help.

are you playing any apple calls?

LVS should trade higher. WYNN is selling a stake in Macau on 10/9--and they'll raise well over a billion dollars, and the IPO will scream. And that's just for 20%. Thus Wynn's Macau operations could have a value close to $8 billion.

A month later, LVS will be on deck with their Macau IPO. And then their Singapore casino, with a much lower tax rate than Macau will be up and running next year.

That means it will be massively more profitable.

I just don't think the shorts really do their homework. When the market was blowing up, you could get a story, and run with it, and short these names on these negative macro theme and drive the stocks down.

And now that the Macau growth story is coming back--LVS can do property development to raise more money. I know no-one wants to believe that real estate can be sold anymore, but memories are short when money is plentiful.

yes--I think Apple is just misunderstood. Last quarter, I put some comments on this piece

AAPL has a massive fudge factor with iPhone. Check the comments on the second post.

You then can easily get a price target of @@% for AAPL. In a hurry!! (Instead of putting in the numbers, I just put the symbols above them--Because I know the bears swear at me when I put out those targets!!)