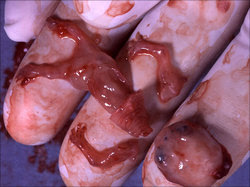 A choice supporter Harlan James Drake, chose to take two pro-life activists lives, and was charged with pre-meditated murder, and held without bail this weekend.

He tried killing a third activist, but was unable to find him, before the police caught up with him.

But did anyone notice this one year old baby, had a baby growing in her body? 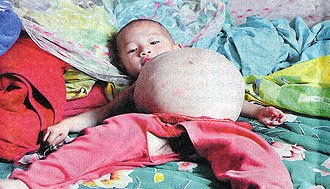 Little Kang Mengru had a parasitic twin, the result of one twin embryo not seperating from her mother.

The one year old, has now been hospitalized, to have that fetus removed.
Posted by Palmoni at 12:30 PM