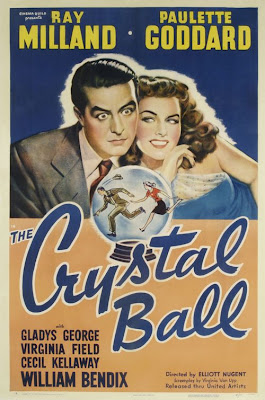 David Rosenberg, with the crystal balls had an interview in Barron's this weekend. My take on him is here, here, here, and here, which was simply astounding, so here are some snippets from Barron's:

Is there any chance of a V-shaped economic recovery?

The odds are pretty close to zero. The case for the V-shaped recovery lies in a view predicated on the history of post-World War II cycles: the deeper the economic downturn, the more robust is the economic rebound. But in these previous cycles, the V-shaped recoveries were all in the context of a secular expansion in credit. What most analysts, economists and strategists are grappling with is what it really means to have had a 25-year secular credit expansion come to an end.

Now remember when Rosenberg told us the S&P would fall to 500, we were on the depression doorstep, blah blah blah? In the earlier part of his interview Rosie had this to say:

What's your outlook for corporate profits?

I believe we've hit bottom in the profit cycle.... If there is a silver lining in the profit data, it's been this aggressive cost-cutting. Of course, the cost-cutting is a reason why aggregate demand has been so weak and why so many companies are still missing their revenue targets. But the cost-cutting, coupled with 6% productivity growth if the data are accurate, is simply astounding. These are the primary drivers behind the profit turnaround.
---------

Provided it wasn't simply astounding!
Posted by Palmoni at 7:55 AM

are they trying to beat C holders down to sell?

big jump just now in myriad. thanks for that call.

wow MRXY...is this worth a hold? or worth unloading today? what's your target?

LVS is doing nicely today!! MGM is still lagging, but it should catch up soon enough!

do you plan to sell? or hold for the $7 cash value?