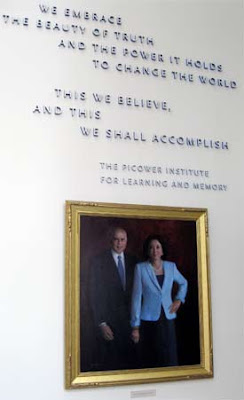 It was the Bernie and Jeffrey show.

The government said a search of financial records, including microfilm records dating back to 1979, show that investors suffered net losses exceeding $13 billion. In all, 15,870 claims have been made to the trustee by those seeking a share of any recovered money. The court document said there were approximately 8,094 customer accounts held by Madoff's private investment business from at least 2000 through December 2008. At the time of his Dec. 11 arrest, there were 4,902 active customer accounts, the government said. Most of the customers who had current accounts have made claims with the trustee, prosecutors wrote. Of those, nearly 50 percent had a net loss, meaning they contributed more funds to their accounts than they withdrew, while about half had no net loss because they withdrew more funds than they contributed, prosecutors said.
----------
So half of the people, never lost any money, and the half that did, they lost $13 billion. Of that, almost half of all that money went to Jeffrey Picower, who netted over $5 billion from Madoff, and who withdrew $6.7 billion from his Madoff accounts.

That's where half is!
Posted by Palmoni at 6:54 PM