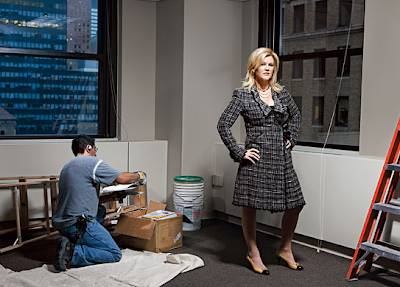 I know I'm treading on hallowed ground. You can't say anything negative about Meredith! After all, she was the 39th most powerful woman in business, but her prediction, made today, that housing would fall another 25%, sounds like something that our 39th President would say! But he's still loved nonetheless!

So let me start with some caveats, because I'm going to highlight a piece that I wrote on Meredith, that the bears found repugnant when it was first penned.

Which is why it was found so repugnant!

Meredith is a great read, she's smart, articulate, passionate and she and her husband, JBL, make great dinner guests.

But that doesn't mean housing will fall by another 25%. In fact, the next 25% you see on house prices is up!

So here is One Femme Fatale's (Meredith) Fatal Flaw, written on March 17. You can click on it to get the story--because it's written with a humorous bent.

But let me use just one piece of that story:

On March 10, she came on CNBC warning viewers of the perils of credit cards.

On March 17, she came on CNBC warning viewers that the market was extended.

Today she said housing would fall another 25%. It won't happen. The market is already moving up in her face.

On CNBC today, they credited her for starting the rally in bank stocks, because on July 13, she turned bullish on Goldman Sachs, after it rallied from 50 to 142, and said that the upside it banks would be driven by loan modifications.

How about these pieces on her research? 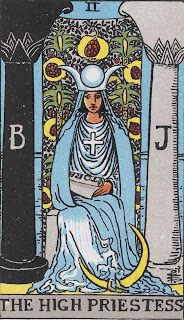 Meredith, still allows her clients to front run her research. After all, didn't people wonder why the bank stocks traded heavy yesterday?

Maybe because they knew the high priestess of finance was going to come on CNBC and came tout them down!

Now we know about Wall Street's game, that I affectionately call, "Who wants to be a Millionaire?" when analysts make their calls on the market. Especially when they paint themselves in a corner like Meredith did.

But remember how Wall Street works. These macro calls have the same rules as "Who wants to be a millionaire." You get a Phone-a-Friend, an Ask-the-Audience, a Fifty-Fifty (50:50) and then three bad calls of your own.

Now watch how Meredith plays this game. This time, it wasn't Forbes that was lauding her, but Maria Bartiroma.

But before we see Maria and Meredith, we need look three weeks past that interview, because then on May 30th, when Meredith was at the Vanity Fair confab at Bloomberg's headquarters we had an interesting response from her.

Here was the question asked, and this was Meredith's reply:

WHITNEY: It’s tough. If you had asked me a couple of months ago before the massive equity rally, it would be an easier question, which would be no. It’s tough now, because as the stocks broke loose, the national stocks reach tops grossly overvalued, and treasuries are over valued as well. I’m - can I be agnostic on this one?
--------

Jack Welch, GE's six sigma guru, didn't have any better answer than Meredith. He said, "I'll pass on that one." So much for the best and the brightest!!

Now watch how Meredith played this game. This time, it wasn't a woman from Forbes on CNBC lauding her, like this morning, but just 20 days before the Bloomberg confab, Maria Bartiroma was interviewing Meredith on the floor of the NYSE.

And that was the day that Meredith said she called the rally in bank stocks!


Now she says she called the rally in bank stocks, even though on April 5th, she came out with this piece, The Agony of Incrementalism.

On April 9th, she said in the WSJ that home prices were going to fall another 30%:

The rally in financial stocks lost steam when she said first-quarter bank profits will be short-lived, if they happen at all. The stocks cooled further this week when she predicted housing prices would fall another 30%.

On April 10th, she said that if anyone thought this was a bottom, they would be sorely disappointed. 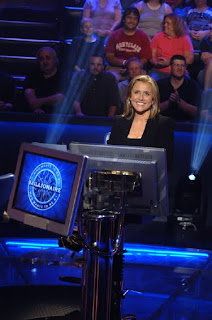 Yet she says she called the rally!!

I know that Wall Street analysts like to play "Who wants to be a millionaire" and they get three lifelines, so this time, I just wanted to use one of the lifelines on her.

Just to make sure that this Meredith, isn't overated, because surely Meredith Viera wouldn't tell us if she was.

So I'll use a lifeline.