"JPMorgan doesn't want to save the Universe. JPMorgan wants to profit from the destruction of it."

The Deal of The Century

As our financial system entered free fall last September and the people who ran Wall Street struggled to avert a complete economic collapse, an epic battle for power and, above all, cash was being waged between Barclays and JPMorgan Chase. The inside story of how Bob Diamond walked away with everything he wanted.
Entire story here:
On September 23, 2008, Gerard LaRocca, a senior executive at Barclays Capital, the investment bank, got an emergency phone call from one of his employees in the bank's operations department. The employee was looking at Barclays' bank statement from its account with JPMorgan. There had been $7 billion in the account, and the employee had been authorized to move the cash from JPMorgan to the Bank of New York, which was Barclays' regular, or custodial, bank.

But now the money was gone....

One day later, Gerard LaRocca discovered that the $7 billion he thought was in the Barclays account at JPMorgan was no longer there.

You get the sense that they are still taken aback about what they had to contend with — the furies they unleashed — in their dealings with JPMorgan. They say they would never want to go through something like that again. They say that it was Wall Street hardball at its best and worst. They say that they've gone up against many Wall Street tough guys, but this was something different. This was inappropriate. This was ruthless. This was one firm making a bad situation much worse. This was a Wall Street giant exacerbating the distress of the markets. Sure, there were things that JPMorgan was unhappy about. It was unhappy about the deals it had on the books with Lehman Brothers and so it became unhappy about its deal with Barclays. But there was nothing that Barclays did that could have possibly justified JPMorgan taking its money.

In fact, by taking the money without warning or authorization, JPMorgan did something that was unprecedented. 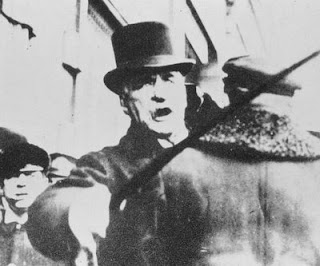 But for all that — for all of JPMorgan's ruthlessness — Barclays won at every turn...

Instead, an official speaking for JPMorgan admits, We kept the dregs, and didn't get paid. JPMorgan was not very happy with Barclays Capital.

And so, when the $7 billion went missing, perhaps it was inevitable that Bob Diamond's winning streak would continue. It was shocking to Barclays executives that the Fed wasn't able to just make JPMorgan give it back — wasn't able to convince JPMorgan to right such an obvious wrong. But when the Fed forensically reconstructed the trade and both sides were called upon to settle, Barclays got satisfaction: $1.3 billion in cash and $5.7 billion in securities.

Bob Diamond got everything he wanted, because he knew what he wanted. He named his price, and he got it.
Posted by Palmoni at 5:41 PM

It's ironic how gang members shoot each other over a few bucks, but these bankers keep their "cool" when they are stealing billions from each other, LOL!

O great one,
JPM IS the reason of the market crash. It was engineered in a room with 5 bankers and one ex-banker.No effort was made to get senate finance/banking committee in on the decision. The congress was basically strong armed into " If you dont sign on the dotted line, (we) will crash the US bond market" kind of situation. I still feel that we will witness WW-3 with finance instead of guns ( hopefully). Hopefully it will all mellow out.

I am afraid that the first few salvos are being fired. China is encouraging its citizen to accumulate gold as an indirect way, as it cannot buy gold in open market. It will send the price thru the roof and make its dollar reserve wothless. USA is resurrecting the Smoot-Hawley act.

I am hanging on to UPRO and dec 7.5 calls of APWR