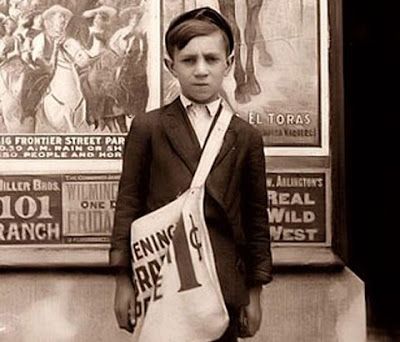 Turn your news business in a non-profit, and spin off the other assets. As long as their viewpoints are in line with Washington's!

The president said he is "happy to look at" bills before Congress that would give struggling news organizations tax breaks if they were to restructure as nonprofit businesses.

Obama said that good journalism is "critical to the health of our democracy," but expressed concern toward growing tends in reporting -- especially on political blogs, from which a groundswell of support for his campaign emerged during the presidential election.

"I am concerned that if the direction of the news is all blogosphere, all opinions, with no serious fact-checking, no serious attempts to put stories in context, that what you will end up getting is people shouting at each other across the void but not a lot of mutual understanding," he said.
-------
Posted by Palmoni at 8:13 PM

Why even keep the newspaper industry alive? Heck I don't like picking up a newspaper because it feels dirty... I prefer reading blogs from my iphone!

Thanks for your gold thoughts Palmoni. Can I ask you, where do you see oil going in the near future? To me it looks like it's following gold pretty closely. Thanks for your great blog!