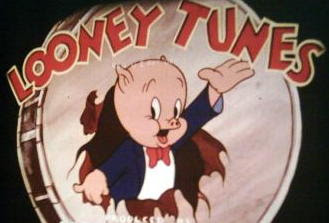 Despite Friday's small gain, the Dow Jones Industrial Average marked its fourth consecutive week of losses as it tumbled through the 7000-point mark and spiraled to new 12-year lows. The Standard & Poor's 500-stock index is trading below 700 for the first time since 1996. As earnings estimates are ratcheted down and hopes for a quick economic fix fade, the once-inconceivable notion of returning to Dow 5000 or S&P 500 at 500 looks a little less far-fetched.
---------

On April 6 they called the rally just another bear-market rally. What did you think they would call it? They were, after all, touting Dow 5,000!

The recent stock-market rally is turning heads. Why, there hasn't been anything like it since at least...November.

..Until this past Thursday, November's rally was bigger, with the S&P 500 up 21% in 17 days, compared with 20% for the current bounce. The earlier surge carried through to early January, but then fell off a cliff to hit 12-year low..

But this rally's scaffolding includes wishful thinking, too. It was launched by word that some big banks were profitable in January and February. Two months do not a quarter make, and banks indicated conditions got tougher in March.

While this bounce might not mirror November's, it still has the hallmarks of a bear-market rally.
-----------

After being wrong in March, and then in April, the WSJ tried again in May, telling us that stocks are no longer cheap.

By Most Measures, Stocks are No Longer Cheap

The outlook for stocks has brightened but, thanks to the big rally of the past two months, the market is no longer a bargain.

By many measures, stocks are still on the cheaper side of the ledger. But they are approaching levels that bring them closer to long-term averages, making them neither a deal nor expensive.

As a result, valuation has shifted from being a talking point of the bulls to one used by those bearish on the near-term outlook. And even many of those who think the market has hit bottom -- a rapidly growing group -- say valuations now suggest investors should tread more carefully.
-------

In a fairy tale, you can only cry wolf three times, but this is Wall Street, so we need to treat them biblically. We have to forgive them 70x7 times. So the WSJ warns us again tonight:

Rarely has the stock market seen a six-month rally like the one it just turned in. The Dow Jones Industrial Average's 46% surge was one of just six of that magnitude in the last 100 years. And that is exactly what worries many analysts.

All previous rallies of this magnitude took place in the 1930s and the 1970s, according to Ned Davis Research. Those were periods of turbulence for both the economy and the markets, and none of the gains was sustained.

Many analysts believe that stocks are again in such a turbulent period, and that this rally could lead to another slump. Stocks did enjoy a rally of 40% in 1982, at the start of a long-running period of stock-market prosperity. That rally wasn't of the same magnitude of the others, however. It came as economic troubles, notably inflation, were finally being squeezed out of the economy.

"We could end up having another big decline next year," said Tim Hayes, Ned Davis's chief investment strategist, who correctly forecast a rally early this year. "Right now, people are asking me, 'Is it too late to get in?' We are saying, sure, you can get in, but don't fall asleep at the wheel, you have to get out, too. If you are looking to put money in and then not look at it for a year, you are taking a big chance."
------- 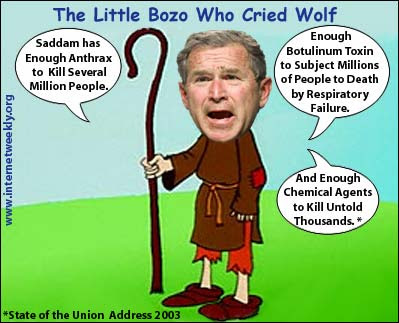 I guess the WSJ learned their technique from W!

And so did the health care reformer sitting in the White House!