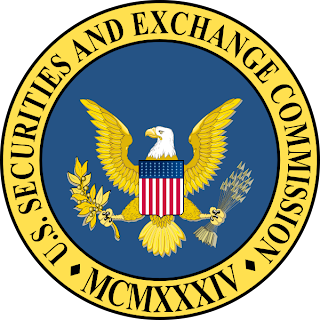 Yesterday we had this snippet in the WSJ:

The Justice Department and the Securities and Exchange Commission have been investigating whether Joseph Cassano, whose AIG Financial Products unit nearly brought down the insurer a year ago, committed securities fraud in allegedly misleading investors by overstating the value of mortgage-related contracts and failing to disclose material facts about them to AIG's outside auditor, the people said.
--------
The WSJ states that that after spending 18 months on the investigation, the gumshoes at the SEC now has emails, and tape recordings of phone calls involving AIGFP discussing credit-default swaps, and now they are ready to present a case.

This case shouldn't be difficult. So I'll spend 18 minutes giving you a roadmap from the SEC filings. Decidedly less glamorous, but it is what investors use to determine the health of a company.

Since 1998, AIGFP has written super senior (AAA+) protection through credit default swaps, a portion of which is exposed to CDOs of residential mortgage-backed securities and other asset-backed securities. At June 30, 2007, the notional amount of this credit derivative portfolio was $465 billion, including $64 billion from transactions with mixed collateral that include U.S. subprime mortgages. As of August 6, 2007, all of AIGFP’s super senior exposures continued to have tranches below AIGFP’s attachment point which have been explicitly rated AAA or would have been rated AAA had they been rated. AIGFP’s portfolio of credit default swaps is carefully structured, undergoes regular monitoring, modeling and analysis and contains significant protection through collateral subordination. In addition, in December 2005, AIGFP stopped committing to writing super senior protection for CDOs that included any subprime collateral. For a further description of AIGFP’s risk management practices in its credit default swaps business, see Management’s Discussion and Analysis of Financial Condition and Results of Operations — Risk Management — Segment Risk Management — Financial Services in the 2006 Annual Report on Form 10-K.
--------

AIG states that we are to look at their risk management practices, for their credit default business in their 2006 10-K. (bold above) since it is obvious that they are suffering losses if they are not hedged, even though AIG states they have no exposure.

Let's first look at AIG's 2005 10-K which states this:
---------
AIG’s Capital Markets operations derive substantially all their revenues from hedged financial positions entered in connection with counterparty transactions rather than from speculative transactions.

AIGFP’s risk management objective is to minimize interest rate, currency, commodity and equity risks associated with its securities available for sale. That is, when AIGFP purchases a security for its securities available for sale investment portfolio, it simultaneously enters into an offsetting internal hedge such that the payment terms of the hedging transaction offset the payment terms of the investment security, which achieves the economic result of converting the return on the underlying security to U.S. dollar LIBOR plus or minus a spread based on the underlying profit on each security on the initial trade date.
------

So in 2005, apparently everything that AIG did was "hedged." The Goldman Sachs approach. Thus if they had any problems, it must be of the 2006 vintage.

AIGFP continually monitors the underlying portfolios to determine whether the credit loss experience for any particular portfolio has caused the likelihood of AIGFP having a payment obligation under the transaction to be greater than super senior risk. AIGFP maintains the ability opportunistically to economically hedge specific securities in a portfolio and thereby further limit its exposure to loss and has hedged outstanding transactions in this manner on occasion. At December 31, 2006, the notional amount with respect to the Capital Markets credit derivative portfolio (including the super senior transactions) was $483.6 billion.
----------

Notice here that AIG is only hedging on occasion. Why? Because AIG said this:

That is, when AIGFP purchases a security for its securities available for sale investment portfolio, it simultaneously enters into an offsetting internal hedge such that the payment terms of the hedging transaction offset the payment terms of the investment security, which achieves the economic result of converting the return on the underlying security to U.S. dollar LIBOR plus or minus a spread based on the underlying profit on each security on the initial trade date.
--------

So here is what we know from their filings. AIGFP is either hedging on occasion, when they were selling the credit default insurance naked, but it is simultaneously hedging the securities when it is available for sale. And in 2005, everything was hedged.

Then the super senior credit default swaps (SSCDS), that AIG said that there was no remote chance of ever having to pay even in the worst recession, got a multi-billion margin call in September of 2007.

One month before that, on August 9, 2007 Cassano said, “It is hard for us, without being flippant, to even see a scenario within any kind of realm or reason that would see us losing $1 in any of those transactions.” Especially when they folks at AIGFP were getting 30% juice on every transaction with a realized gain, and had no exposure on any unrealized losses. That;s why you, the taxpayer, had such a big bill.

It was in September of 2007 that Joe Cassono said that Mr. Joseph St. Denis would "pollute" the process. Which means that was AIG's problems went from a businessman's risk to a coverup. Mr. Denis resigned October 1, because he saw what AIG was doing, and gave testimony before Congress.

On November 29, 2007 PwC told AIG that its internal financial controls were insufficient, and that they were challenged. On December 5, 2007, AIG gave an investor presentation at the Metropolitan Club in NY, and Cassano said, "it would be very difficult to see how there can be any losses in these portfolios" and that the $1.6 billion mark-to-market-loss estimate that AIG had given at that meeting, had no economic impact, as it wouldn't be recognized. There was no mention that Price Waterhouse Coopers had found "material weakness" in how AIG valued their credit default swaps. PWC, which was paid $384 million in fees for the previous years, then concluded that AIG had a "material weakness" on December 31, 2007.

On February 11, 2008, AIG announced, before the opening that their losss on the SSCDS was now $5.2 billion, as of November 30. AIG had estimated their loss at $1.6 billion in their December 5 analyst meeting.

However, before that meeting, Goldman Sachs, AIG's largest counterparty, had demanded more collateral from AIG on these swaps. Cassano had said this, at the meeting, about those who had different methodologies than AIG and issuing collateral calls to AIG:

“We have, from time to time, gotten collateral calls from people. Then we say to them, ‘Well, we don’t agree with your numbers.’ And they go, ‘Oh.’ And they go away.”

The cover-up is now progressing. Being flippantly dismissive of their largest counterparty?

Now we know that AIG had $64 billion of sub-prime exposure, and that AIG, without breaking down also had SSCDS exposure with, of which they had $335 billion backed by corporate debt and non-US-residential debt, that AIG had said that, "had stopped writing super senior protection that included sub-prime RMBS collateral in December of 2005."

But in AIG 2005 10-K above, AIG had indicated all those transactions done in 2005 were supposedly hedged.

So what does AIG do? It deflects the issue of the SSCDS on the corporate entities, that at that time, may not of been on the radar screen, and indicates that the had stopped writing residential mortgage insurance in 2005.

That was, supposedly, "fully hedged" anyway.

They just wrote the swaps, instead, on the companies, like Lehman, that were loaded with real estate!

But how does AIG explain the loss difference, on February 11, as of November 30, which is now $5.2 billion versus the $1.6 billion loss, that would flippantly never be recognized that AIG was so dismissive of at the December 5 analyst meeting? Then, on February 28, AIG's loss for the quarter included more writedowns. Now the loss was over $11 billion or so.

So blame it on the models. According to the Bloomberg story, AIG was using BET modeling (Binomial Expansion Technique) which, just means the probability of default of the assets is just the binomial distribution. But if the intra-sector correlation is too great, then the DS (diversity score) underestimates your expected losses, and thus overates the notes, and thus prices them higher than what the market says they are worth. So what good then, is the WARF--The weighted average rating of this crap? All the "stressing" and tweaking is just baloney. AIG had massive model risk, and their pricing differed materially from others on the street. Why else did everyone go to AIG for insurance?

But who wants to talk about models? Buffett hates them, and he's smart. So how is a jury going to understand them? I've seen these Wall Street boys "model" anything they want, and get the expected results they want to show, and thus you can get just about get any price you want.

And as everyone knows, when you are changing your modeling techniques, at that time, you already know that you are toast. Everything else is just pretend. Your statements to the public, will be completely different than what you actually know is happening, because now you are blaming it on the models.

Because if these models worked, why wasn't anyone buying this crap at discounts to the prices that the models were shown?

Because everyone that modeled anything, knew that their wasn't any truth to it, because all real estate, just like all sub-prime, were massively correlated. Sub-prime in CA, AZ and FL are not uncorrelated assets, even though your models say they were.

So now we are supposed to find some comfort that the SEC believes they now have a case against AIG?

How is it possible, that no-one, of the "best and brightest" at AIG, knew that they were handing out billions and billions to their counterparties in their swaps?

Doesn't anybody think that some of these folks knew that they were handing out billions?

And are we to believe that their was no back door deal here anywhere with the people that made these swaps?

Or was everyone at AIG just rubes?

Which means that the only SEC that you should concern yourself with today, is the one that really matters!

The Southeastern Conference!
Posted by Palmoni at 9:37 AM