The market cynics could be literary critics 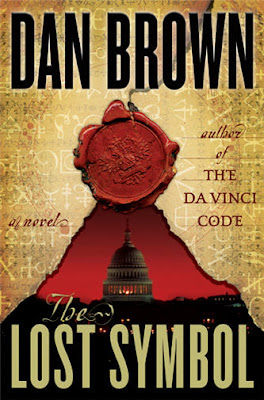 By any measure, this bull market has been an unbridled success. As was The Da Vince Code. 80 million books sold, and translated in 44 languages and counting.

Yet the critics keep coming.

His new book, The Lost Symbol, has these flattering words from the Guardian:

But the writing is mostly bad in an uninspired way. Someone seems to have half-persuaded Brown that "symbolism" is a more effective word than "symbology"

Same with the Telegraph:
But the secret to Brown’s success remains a mystery. Publisher Doubleday’s canny and aggressive marketing, combined with the Vatican’s unfortunate decision to engage with The Da Vinci Code, are no doubt predominantly responsible. But no one has yet explained how a failed songwriter from New Hampshire and a well-worn bit of historico-religious conspiracy hokum managed to unite in the holy grail of bookselling: an author who can sell books to people who don’t generally read.

Not content with that, they then pick out the worst twenty sentences from his books.

They are just using the Nouriel Roubini approach! Or that approach of any other bear. Who are getting downright testy with their righteous indignation. One of the best is Karl Denninger. Here's his latest from Friday.

His facts are always right. But he just comes to a different conclusion than what the market is buying. And I wonder if sometimes if he gets so postal because the market is moving against him!

Now someone else was selling Sunday, but he was doing it in a more subtle way. With Bob Scheiffer of CBS, Stephanopolous of ABC, Jorge Ramos of Univision, David Gregory of NBC, and John King of CNN. 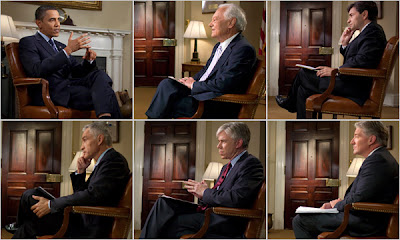 Looks like Fox wasn't invited! Because that was the "Medici vengeance" since Fox didn't broadcast Obama's health care speech to Congress.

Which tells you it was Sunday.

Bo was just preaching to the choir!