An ode to Lehman 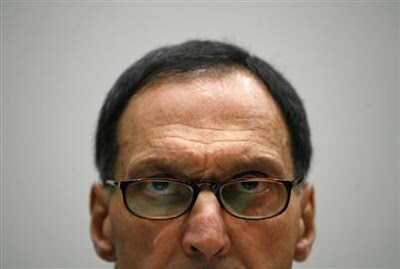 It exacerbated the conditions so much, that all of Wall Street then warned us of the coming of the next Great Depression.

And now, we have a Federal Reserve Chairman, and President, who want credit for saving us from the Depression that wasn't going to happen!

Now if we lose 250,000 jobs on Main Street, Wall Street doesn't care. Because Wall Street thinks that they are the "best and the brightest." Thus if they are losing jobs, then the world must be going to hell, because how is it possible that The Masters of the Universe aren't employable?

Did anyone see the piece on ex-Lehman workers in the NY Times? "Tales from Lehman's Crypt?" Read it, and see what you think of it. I just don't think it will stir up empathy on Main Street like the Times expects. Maybe the Times viewpoint is different. After all, these were the folks that read the Style section of the NY Times, or ate at the restaurants, they critiqued, so maybe the Gray Lady opines that New York, just isn't the same without them:

The Lehman crew drank together, exercised together, vacationed together, dated one another, and kept constantly in touch day and night as they traded market information, gossip, and the ins and out of their personal lives. Once bound by the financial promise of their company stock, as well as a shared sense of professional purpose, they are now scattered far and wide, many of them tethered to parts of the banking industry that have survived or are regenerating.

One of them flies nice planes, and has enough money for the rest of his life. When Lehman let him go, he shorted the stock:

Being forced out convinced him to bet against the firm’s stock as a counterweight against the Lehman shares he still owned, which protected him when the stock’s value plummeted. Combined with a well-timed sale of his Manhattan apartment and a stream of income from real estate investments, the moves gave him financial padding that frees him from job worries.

One Lehman victim says she can't take a vaction, because she says she won't enjoy it.

The hardest part is all the downtime, she says. When she’s not in classes or at the gym, she’s in her apartment surfing the Web for jobs. She has forgone any big vacations this year because she says she “won’t enjoy it, knowing I don’t have a job.”

Remember when Erin Callan was the superstar CFO at Lehman? 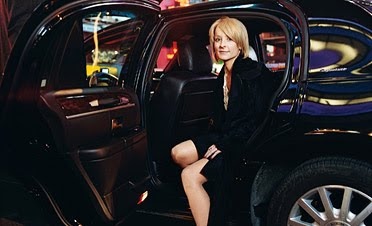 How about this title at Portfolio.com? "Wall Street's Most Powerful Woman."

How about this paragraph talking about her?

Dwarfed by the high-backed leather chair in her office, Callan is wearing a short crocheted dress with a black belt slung low around her hips, gold hoop earrings, and knee-high caramel-colored high-heel boots. She seems to have rejected the path taken by some of her counterparts, who have erased all signs of their femininity to blend in with the pinstripes. "I don't subordinate my feminine side," she says. "I'm very open about it. I have no problem talking about my shopper or my outfit."

It appears that the Gray Lady didn't have a monopoly on fluff!

There was a different viewpoint here, or here--When Callan took over the Lehman earnings conference call, she high-fived the Lehman attendees afterwards, because she was able to lie to the street about Lehman's level III assets. And she did it, in her sexy, spiked heels!

That's Wall Street's version of the crack in the glass ceiling. Let the one that knows the least, talk the most!

And we can't forget Timothy Geithner when we remember Lehman. He was the head of the FRBNY. And when he was in San Fransisco, giving a speech, and he was asked about Lehman, Geither said that the Fed only "lent to solvent institutions." So now the Reserve Fund Money Market has a lawsuit against them, because they trusted that Geithner knew what he was talking about. After all, didn't he have his people from the bank overseeing Lehman's books since May?

Maybe Geithner will be called as a witness for the defense!

I guess I'm not an apologist for Wall Street; because its apparent that I just don't get it.

But if I did, I'd have to be like the folks at Izu island. Who have to wear masks. Because of all the sulfur from the volcanic reactions. 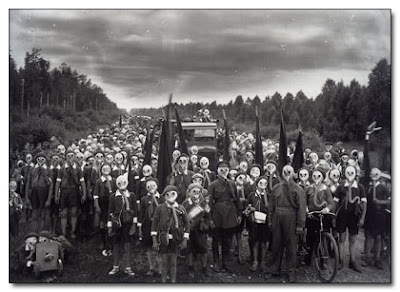 It's just too much gas!

Now I've talked about gas last week. Natural gas, and Wall Street's! (And we have another move up in natural gas today!)

But gas, comes when you have disturbances in your bowel. And the bears are surely getting disturbed. After all, I've highlighted the Bristol Stool Chart for those short. The more the disturbance, the more the gas!

And the bears shorts are taking the liquidity away from their back pockets!

But what these folk don't understand is that the market forgets about the travails of last year, and looks forward to better times.

Because, after all, Wall Street is now hiring!

Just ask the NY Times and their editorial staff!
Posted by Palmoni at 5:26 PM

Wasn't Erin Callan called out by Einhorn during a Lehman CC?? He claimed that the CFO didn't know what she was talking about and that he was short the company!

That's completely true. And then, she violated FD by talking to Einhorn, in an attempt to clarify her responses.

good call on natural gas... but in your opinion, do you think GAZ or UNG is a better play?

Also, what do you think is going to happen to citi with all the news of the government selling shares?

I gave these as my plays on Natural Gas before CHK and DVN. I think they are the names the street likes