The rally in gold 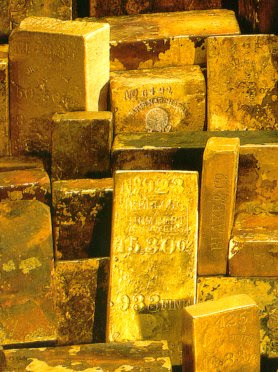 When you have Treasury monetizing paper and increasing the monetary base by $86 billion last week; and when the only Governor that tells the truth about Treasury is a Republican from Minnesota, and when you have the wife of Japan's premier saying she's been on a spaceship that went to Venus, and that Tom Cruise was Japanese in his previous life, and when Alistar Darling tells broke Britains to keep on spending, and when the Hong-Kong Government tells the boys in London that it now wants possession of the gold held in the London depositories, and they'll hold it themselves, thank you; doesn't anybody think maybe a rally in gold is warranted?
Posted by Palmoni at 7:52 AM