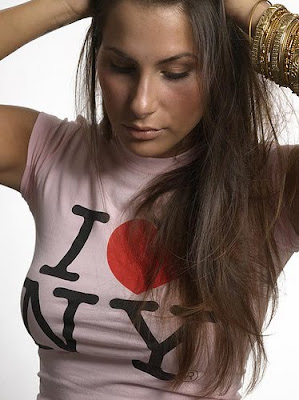 I read the front page of the NY Post this week and was happy to see that Mr. Spitzer is moving on with his life and considering getting back into politics. Everyone makes mistakes. Everyone deserves a second chance. Me too, right? Well, apparently not. Why? Because many people are liars and hypocrites. Let me give you just a few examples of what I keep encountering, despite my best efforts to move on.

First, I’m often referred to as the “woman who brought down the Governor” – excuse me people, I didn’t call the tabloids, I didn’t blow the whistle and I didn’t save “the dress.” I did nothing to shine a light on my indiscretions or to “out” anyone else.

Second, I keep being accused of “cashing in” on the scandal – wrong again. People think I made money off music that was exploited when the scandal first broke, that I am doing reality television, and that I made millions posing nude for magazines. The truth is none of those things happened. This situation closed far more doors than it ever opened. I didn’t see a dime for my songs, but other people certainly did. I didn’t pose nude for a magazine, but other people made money off of photos of me that they sold to tabloids. Even photos I posed for ages ago were sold to the highest bidder. I never sold any photos of myself - but people who I trusted did. And the “millions” for the nude pics? I was offered that, repeatedly – and turned them down because I didn’t want to perpetuate the problem or feed into the stereotype.

Third, speaking of perpetuating the problem and feeding into the stereotype, let me tell you about most book publishers – they are worse than the tabloids. I won’t give them the “tell all” they are demanding and won’t glorify and sensationalize “how exciting the life of a high-priced NYC escort must be,” as one major publisher put it. Sorry folks, my life wasn’t like a “Sex And The City” episode. I’m not sure that exists anywhere but on television. Oh, and I also love how some publishers who were interested in my story and had offers on the table suddenly pulled them because executives in the company had “personal and political reasons” about publishing the book. What does that mean? Did this hit too close to home for you because your husband cheated on you with an escort? Or would your wife feel insecure if she heard you were working with me? I will write the book regardless and do it for the right reasons.

Fourth - ladies, ladies, ladies - so many of you have been cool, supportive and loving. But there are those of you out there who just love to judge. Let me say this - most girls, to varying degrees of course, want to be pampered and have nice shoes, designer handbags and gorgeous clothes. I know many women who target guys with money and use them to get these things. They toy with them, flirt, go on dates, have sex and then drop hints about that new dress at the store down the street or being short on rent money – and the guys deliver it. This is a dishonest relationship. I see this all over New York City. Some women aren’t as vindictive, but still dive into relationships with wealthy guys who they don’t love or even find attractive, but they stay in it because they have a nice home, a car and spending money – they would rather stay in an unfulfilling or loveless relationship than lose that security. This, too, is a dishonest relationship. I see this type all over the suburbs of New Jersey with the housewives who are strung out on mood stabilizers or the couples who put all their attention on their children so they don’t have to deal with their own issues. What about going to those sugar daddy websites? Is that legal? Should it be? Is what I did any more dishonest? Get real and get over yourself.

You’d be shocked at some of the messes I’ve gotten myself into....and, more importantly, how I got out of them. I have so much more to say, and I will – but it’s time for Yoga class! Om Shanti!

And while all this is going on, this is what I am really passionate about. My music. Here is a rough mix of a song I am working on that tells a little bit of my story. I hope you like it. :o)
Posted by Palmoni at 9:02 AM