As anyone knows, I've been touting LVS, MGM, BAC and GCI starting at 2, 3, 5 and 7, with constant re-iterations along the way, but who dumped these names last Friday?

How else did we get those prints? They must of  thought they were on this ride! 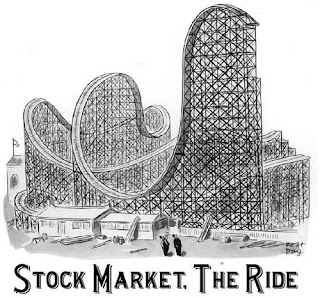 Anyone check out MOS and POT since I mentioned these a couple of days ago? Notice how these sleapy numbers are finally getting a bid? Or how about X? I touted that earlier this week. But still, market players are only, grudgingly, buying into the bullish thesis.

You want to know why? Because they are going to get their lungs ripped out, when we keep on rallying. And watch how it plays out. In fact, let's use X as an example, because true speculators should be taking the Oct. 46 calls here at the give away price of .60.

Now we know that AA beat numbers. What does that mean for X? The average guy just doesn't get it. He remembers that Morgan Stanley touted this name as a tactical short last week. And he also knows that Goldman Sachs downgraded the steel sector on September 28. But Goldman is already flip flopping. They just haven't yet had that huddle.

In today's research, Goldman had this to say about steel:

Higher costs = Higher prices; upside potential to steel prices
Our new higher coking coal and iron ore prices will have a net steel cost impact of around $47 per metric ton($42 per short ton) from 2009 levels (versus our prior $28 per short ton estimate). Between 2002 and 2008, iron ore prices rose by about 420%, while coking coal appreciated by around 520%. In the meantime, US steel prices rose more than 235% (at the time of the 2008 peak). We believe higher raw material costs have been an essential driver of steel prices and this should again play out in 2010.

China's voracious appetite could again tighten bulks
Our China steel research team expects steel production to rise by 12% in 2010 to 622 million tonnes. To feed this huge appetite, we believe China will increase its imports of coking coal to 45 million tonnes, up from an estimated 31 mn tonnes in 2009 and almost nothing in 2008. As a result, our GS JBWere commodity team expects seaborne iron ore and coking coal markets to be in deficit for 2009 and for the next couple of years.

But they first need to have that "huddle!"

Because that's what's happening next.

Or maybe, you could just hit the bid. Like the jokers did Friday on the top four names!

Because this is really the ride that the shorts are on. 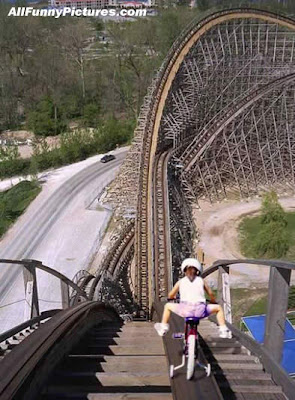 Let's see who raises their hands.

Because that's what's waiting for those still short and shilling doom!

And the training wheels of protection from Nouriel Roubini's forecasts won't save them!
Posted by Palmoni at 11:11 AM

when do you think it might be time to take some off the table for mgm and Gci? do you have any other under 10 touts that can run like those? or best to hold for the returns? thanks

I have some Oct calls that I'll probably flip on GCI if we get another run, but I'm holding here. It looks like the sales have already been made in both of these names. If 10 and 11.50 were the bottoms on the recent pullback, you need these stocks to rally further before you have any real selling comes in.

Retail sales were good. So here's some retail names--I'm still in Harry Winston HWD-I've been in it since 6, but it is now breaking out.

Tffany hit a new high today, so I think it gets easier to make money on HWD now.

LIZ is at $6.66 also--they had news with JC Penney and a huge short base--should have more left in its tank.

Don't ask me for the under 10 names. I have a dozen or so, but those have the most action, seem to be the safest, and have big franchise values not being reflected in their current prices

I'll put out a piece on some of the other spec names I like, but some only trade 200,000 shares or so a day, and you need the action to get others interested and the HFT and SLP traders involved!

If I ever go to a party, I have standing instructions that I can't talk about the market.

That's the area of the market I like the best!

So don't get me started--cuz I'll never stop!

great post Palmoni but C never seems to do much...

thanks Palmoni. I had some Liz but when it was at 3-4s it was hard to tell...now at high 6s i'm just not brave enough to jump in. i'll look at srx and hwd

the under 10 is the only party i can afford to build up my portfolio again. thanks for your help...and keep the party going!

I think we have to wait until earnings for C.

The story on them is yet over!

I think I’m the fool who donated you some LVS around $14.50, going to have to rethink my balls to the wall fully margined all the time strategy....that squeezed me and now I’m crying from the sidelines watching this sucker ratchet up. I still have a stub of a pos, so when it hits $32 I should be about break even….haha

Don't be so hard on yourself. That's just this market. They always want you to question your belief!

Kind of a rest day though today--probably have to go to the casino tonight to get some action!