Tell him to get f*cked! 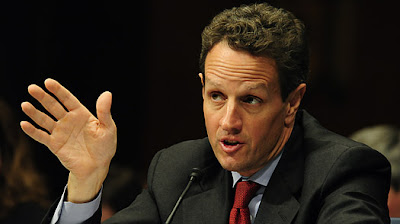 Remember when Tim Geithner and Hank Paulson tried getting John Mack of Morgan Stanley to sell his firm to JP Morgan for $1?

Here's a transcript of what went on:

Upstairs, Mack was on the phone with Mitsubishi’s chief executive, Nobuo Kuroyanagi, and a translator trying to nail down the letter of intent. His assistant interrupted him, whispering, “Tim Geithner is on the phone—he has to talk to you.”

Cupping the receiver, Mack said, “Tell him I can’t speak now. I’ll call him back.”

Five minutes later, Paulson called. “I can’t. I’m on with the Japanese. I’ll call him when I’m off,” he told his assistant.

Two minutes later, Geithner was back on the line. “He says he has to talk to you and it’s important,” Mack’s assistant reported helplessly.

Mack was minutes away from reaching an agreement. He looked at Ji-Yeun Lee, who was standing in his office helping with the deal, and told her, “Cover your ears.”

“Tell him to get fucked,” Mack said of Geithner. “I’m trying to save my firm.
Posted by Palmoni at 6:59 PM

I consider $1 a respectable offer!