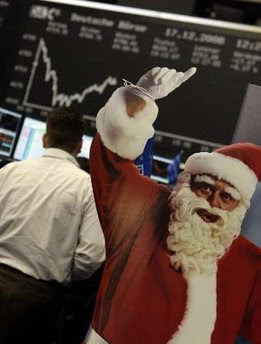 Where is that title?

Why not? Isn't that the logic of the bears taken to the nth degree?

Because aren't these bears touting deflation? Heck, last week, the bears told the world that we actually have 5% deflation, if you factor housing costs correctly in Government statistics. OER (owners equivalent rent of primary house) and rent of a primary residence makes up 29.96% of the CPI. And the Government says they rose 2.1% and 3.1% respectively. 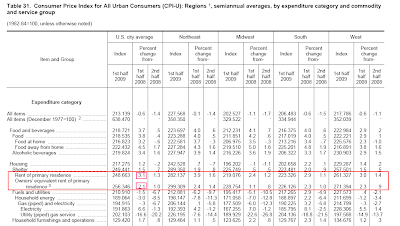 If these should be down, as anyone can "figure" then, the CPI is massively overstating inflation--thus we should be at a -5% inflation rate.

Whoops. I guess we now have Journey, and Don't Stop Believing. So lets give it to these bears. 5% deflation, with gold rockin! I wonder how the IMF now feels with that massive dump of gold to facilitate the bullion banks coverage of ABX's 9 million ounces of gold that was sold short in the forward market. What happened to the last 3 million ounces? Supposedly the sale of 403.3 metric tons was going to be done, to not cause a disruption in the gold market. Some disruption!!

So if we have 5% deflation, doesn't that mean that 1% growth for Christmas touted today is really 6%?

And the market rallies until New Years!

Ouch again for those short!!

And in honor of Christmas, here's a candy cane for Mohamed El-Erian, the bear of PIMCO. You remember him, don't you? Mr. "sugar highs" and Mr. "Brick walls?"

Did anyone take him to task on CNBC today for those touts? Most assuredly not.

Today he said the economy was being "turbo-charged" by Government stimulus and inventory rebuilding!

Last month it was a "sugar high." Now it's turbocharged! What's up with that? I guess the sugar went into ethanol!!

I'm sorry, but I can't keep my mouth shut, when I hear stuff like that.

And that's why Mohamed gets his Christmas present early. Because this bear is made out of "waffle" fur!

And maybe it's time for another disclosure for the FTC, since they are worried about bloggers getting revenue from their touts.

I'm not getting paid to pimp these bears!

I'd like to see a run on the shorts on LVS.