The story that will be denied 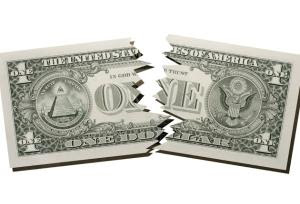 From the Independent--The Demise of the dollar

In the most profound financial change in recent Middle East history, Gulf Arabs are planning – along with China, Russia, Japan and France – to end dollar dealings for oil, moving instead to a basket of currencies including the Japanese yen and Chinese yuan, the euro, gold and a new, unified currency planned for nations in the Gulf Co-operation Council, including Saudi Arabia, Abu Dhabi, Kuwait and Qatar.

Secret meetings have already been held by finance ministers and central bank governors in Russia, China, Japan and Brazil to work on the scheme, which will mean that oil will no longer be priced in dollars.

The plans, confirmed to The Independent by both Gulf Arab and Chinese banking sources in Hong Kong, may help to explain the sudden rise in gold prices, but it also augurs an extraordinary transition from dollar markets within nine years.

The Americans, who are aware the meetings have taken place – although they have not discovered the details – are sure to fight this international cabal which will include hitherto loyal allies Japan and the Gulf Arabs. Against the background to these currency meetings, Sun Bigan, China's former special envoy to the Middle East, has warned there is a risk of deepening divisions between China and the US over influence and oil in the Middle East. "Bilateral quarrels and clashes are unavoidable," he told the Asia and Africa Review. "We cannot lower vigilance against hostility in the Middle East over energy interests and security."

This sounds like a dangerous prediction of a future economic war between the US and China over Middle East oil – yet again turning the region's conflicts into a battle for great power supremacy. China uses more oil incrementally than the US because its growth is less energy efficient. The transitional currency in the move away from dollars, according to Chinese banking sources, may well be gold. An indication of the huge amounts involved can be gained from the wealth of Abu Dhabi, Saudi Arabia, Kuwait and Qatar who together hold an estimated $2.1 trillion in dollar reserves.....

The animal spirits are at it again! Gold, silver, oil are all up on that news.

If these countries make the switch from dollars to Euros for oil, the dollar is going to get wacked since demand for dollars will drop off the cliff.

On your prior post about phosphate fertz, check out LGDI. They are a start up in Austrailia and they have an insane amount of phosphate rock deposits, plus they have deep pocketed backers such as George Soros.

Any news on MGOL? Going to post those maps soon or are you still checking up on some things? :D

I'll post those as soon as I can open my MS Word. I downloaded an upgrade, and now it's screwed up, so I tried using MS Works to scribd and it wasn't compatible.

So I'll post it when I get to my office, when I'm not mobile.

I'll check out that name Thanks