Check out the phosphate fertilizer names 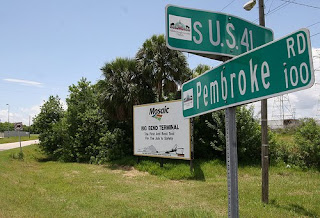 Since I'm talking about the Vikings, let's check out another Minnesota company, Mosaic, (MOS 46), which reported earnings last night, and they have their conference call at 9:00 am. Farmers can skip a year of potash replenishment, and that will be what MOS will probably say, while they look to better times ahead. They said as much last night:

------
Oct. 5 (Bloomberg) -- Mosaic Co. expects potash demand to return to “normal” by the second half of its fiscal 2010 after plunging sales of the fertilizer contributed to a 92 percent decline in profit in the company’s first quarter.

Mosaic expects “a strong recovery in potash shipments sometime before the end of our fiscal year” in May, Chief Financial Officer Lawrence Stranghoener said in a telephone interview after the company announced its quarterly earnings.

He defined “normal” potash shipments as an annual pace of 8 million to 8.5 million metric tons. Mosaic reported potash sales volumes of 5.05 million tons in its 2009 fiscal year, down from 8.56 million in 2008.
-----
Look also at Potash. Both of these numbers have been accumulated for months, and if you're short these names, I would think that you would bring them in now, because last I checked, eating isn't a discretionary item!

Back in April, these names gave you a good entry point, but the fertilizer cycle took longer to develop, and then the stocks subsequently sold off.

Now the timing should be better.

It's time for their comeback too!
Posted by Palmoni at 8:02 AM

Any thoughts on Terra Industries (TRA)?

I like it--but you have all the takeover stuff concerning the name.

In this market, I think a takeover caps the price because we are at the beginning of another cycle.

Probably why they've just said no!