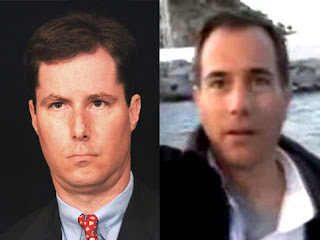 From Clusterstock: (And remember how the "boys" portrayed themselves as victims, promptly turning their Dad in. They were playing you!)

* Peter Madoff, Brother of Bernie: Accused of improperly receiving over $60 million. In 1995, for example, Peter invested only $14 into his Madoff investment account and withdrew $16,252,004 (Yes, that's $14, as in "fourteen"). Sometimes he used backdated trades which, in reality, never took place.

* Andrew Madof, Younger Son: Accused of improperly receiving $60,644,821. The trustee says he falsified stock transactions that let him withdraw $17,117,566 from investment accounts into which he invested only $912,062. Andrew also received over $11 million from BLMIS to pay for luxury apartments in Manhattan.

* Shana Madoff, Peter's Daughter: Improperly received over $10.6 million in customer funds paid to herself or to entities on her behalf. This amount includes nearly $3,000,000 of BLMIS’s customer funds which were sent to Shana to purchase a home
in East Hampton, New York less than one year before Madoff’s arrest.