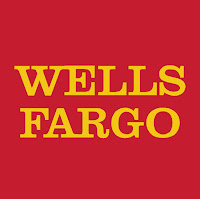 Last week the bears were exulting over the action in the financials, and the classic "tell" was Wells Fargo.

Today Goldman upgrades this number and ups the target to $35, giving the shorts a chance to see red again.

And then Sunday Prince Alwaleed bin Talal,, urged our Government to sell their stake in Citigroup:

ISTANBUL (Reuters) - Prince Alwaleed bin Talal, a big investor in Citigroup, urged the U.S. government to sell its stake in the bank as soon as this year to boost investor confidence, Emerging Markets magazine reported.

"The earlier the U.S. government exits its investments in those companies, the better," as long as the withdrawal is not done in a way that hurts the prices of U.S. banking stocks, the Saudi billionaire was quoted as saying in an interview published on Sunday.

"We need to give confidence back to the shareholders and investors that these companies are moving along without government support."
-------
The market held at 1020 on the S&P. And the bulls aren't rolling over, despite the bears wishes. I said this was just another Jack Nicholson correction. To get over a girl, you need to get under someone else. And to go higher, we just needed to go lower first.

Maybe I should of used Letterman instead:

"Dave has a great track record of promoting women on the show -- three of the five executive producers are women, and all of them have been with him for more than 20 years," said another high-ranking "Late Show" staffer.

"A $35 WFC target price with the past year dilution makes this stock richer than 2004-2007 when they have a million forms of revenue and the consumer was strong as shit. This is incredible - Wells bank to all time highs."