Goldman Sachs will make billions if CIT goes belly up 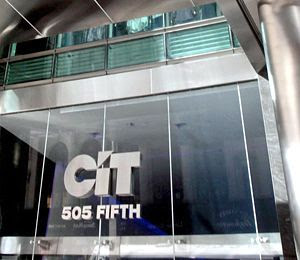 Goldman Sachs stands to receive a payment of $1bn – while US taxpayers would lose $2.3bn – if embattled commercial lender CIT files for Chapter 11 bankruptcy protection, people familiar with the matter said.

The payment stems from the structure of a $3bn rescue finance package that Goldman extended to CIT on June 6 2008, about five months before the Treasury bought $2.3bn in CIT preferred shares to prop it up at the height of the crisis. The potential loss for taxpayers would be the biggest to crystalise so far from the government’s capital injection plan for banks.

The agreement with Goldman states that if CIT defaults or goes bankrupt, it “would be required to pay a make-whole amount” that totals $1bn, the people familiar with the matter said.

While Goldman is entitled to demand the full amount, it is likely to agree to postpone payment on a part of that sum, these people added. A CIT filing last week said that it was in negotiations with Goldman “ concerning an amendment to this facility”.

Goldman said: “This would not be a windfall payment. The make-whole payment is simply the present value of the spread to be earned over the life of the facility.”

CIT declined to comment. In an effort to prevent bankruptcy, it is working on a debt exchange offer that would virtually wipe out equity holders. In the event of bankruptcy, Goldman would reap more than $1bn because it also holds credit insurance that would be paid off.

Goldman said: “The credit default swaps Goldman Sachs purchased to prudently manage the risk associated with the CIT financing are not a directional ‘bet’ on CIT, but were bought to protect against the possibility of a precipitous decline in the value of the collateral.”
-------

So Goldman will make $1 billion for helping CIT finance it's debt if it goes into bankruptcy, and it also doubled down by buying credit default insurance on CIT where it would make more money on CIT's bankruptcy.

It would also mean that Goldman surely has a short position in CIT common that will pay off with additional profits.

So Goldman makes $1 billion, and the taxpayer, who backed Goldman's bets on AIG that couldn't be covered, will lose $2.3 billion in a bankruptcy filing.

Despite paying $13 billion to Goldman from AIG. Remember when our Government decided not to bail out CIT, despite it being the lender to small businesses?

Why bailout CIT, when you can bail out Goldman with CIT's demise?
Posted by Palmoni at 8:18 PM

Shameful. USA should be renamed USGS.